Willrow Hood: You Scream, I Scream... 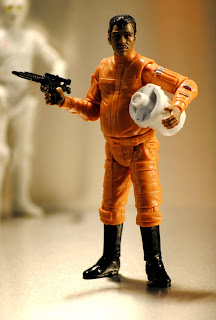 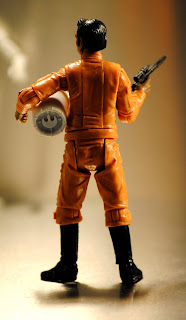 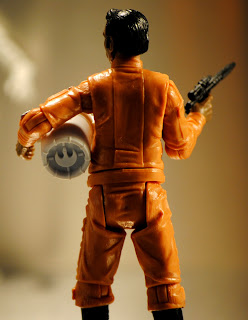 Willrow Hood, the "Ice Cream Make Guy" from The Empire Strikes Back. Willrow Hood is another "If you blink you'll miss him" character. He dashes by the screen with his ice cream maker-looking "computer core" when Lando Calrissian orders the evacuation of Cloud City. Willrow Hood was a Tibanna gas miner on Cloud City. He secretly worked for the Rebellion and the "ice cream make" is a computer core (yeah right--more like rocky road!) that contains a list of Rebel contacts. Despite his dashing through the corridors of Cloud City he was arrested by the Empire and kept on Cloud City--suffering torture and imprisonment at the hands of the Empire. This Willrow Hood figure, part of the Legacy Collection, was a long debated figure, long denied production until 2009. I'll say I'm glad Hasbro finally green lighted this guy. Willrow is an awesome figure! In all his pudgy (too much ice cream) glory he comes in a vaguely "Rebel" orange flight suit. He sports an DH-17 blaster and his ice cream make--computer core. The computer core has a Rebel crest on its bottm. Sneaky Rebels! Grab some ice cream cones and chocolate sauce and this Willrow Hood figure! Recommended.
Posted by (S)AFE at 9:17 PM