Exclusive 501st Stormtrooper: A Salute To The Legion! 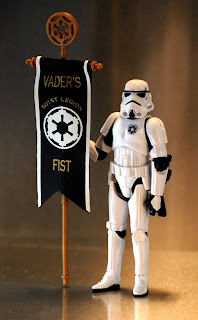 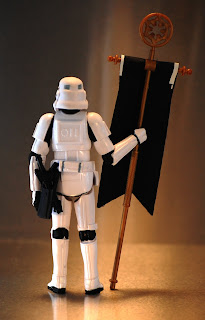 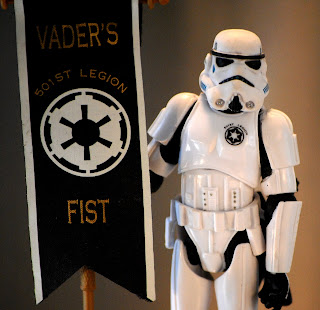 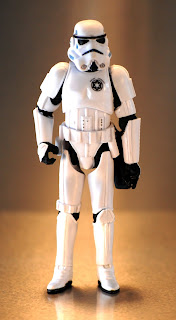 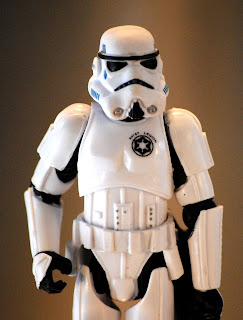 I acquired this San Diego Comic Con Exclusive (at a very low cost on Shopgoodwill.com) long before joining the 501st Legion. Back then it was an awesome figure and it was a long time dream of mine to join the Legion. After realizing that dream and joining the Legion, this figure has added awesomeness! As a real life stormtrooper this figure reminds me of a sort of "mini-me"...though he does have an awesome flag. The flag looks like what an ancient Roman standard bearer would carry when marching into battle. The standard has a soft-goods flag and a really awesome Imperial cog sculpted into the top. In addition to that this trooper has another cog emblazoned on his chest plate with "501st Legion" above it. In addition to that he also comes with an E-11 blaster and is fully articulated. Even if you aren't an exclusives collector, deffinitely snatch this guy up! Probably only a few left available. Also, you might consider joining the 501st Legion--this trooper did! Highly Recommended!
Posted by (S)AFE at 6:44 PM