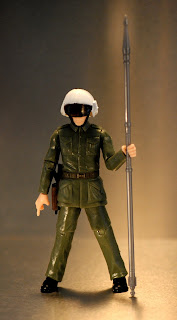 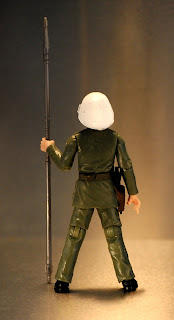 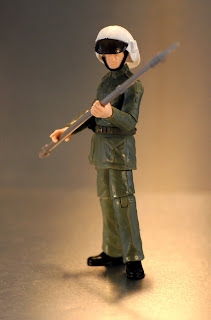 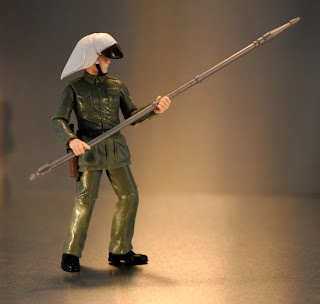 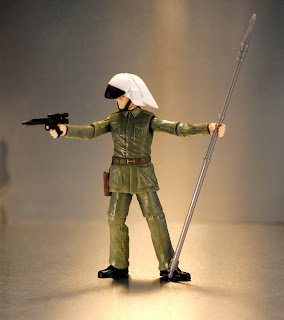 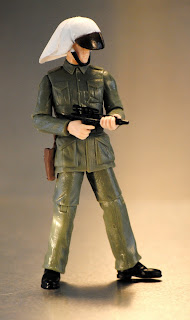 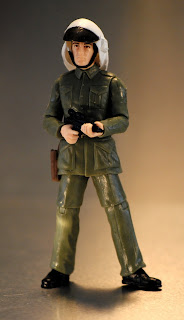 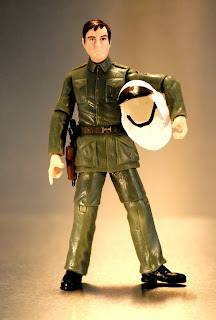 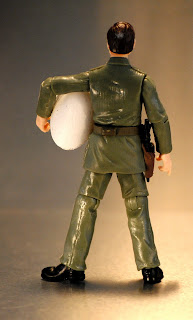 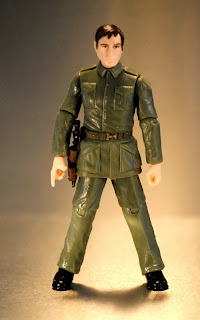 This awesome figure is based on the guards present at the medal ceremony at the end of Star Wars A New Hope in the Yavin Rebel base. He comes to us from the 30th Anniversary Collection and comes with a Rebel Fleet Trooper helmet (with extended translucent visor), a solid black DH-17 blaster, and an electropole. He comes fully articulated though he does look a bit "knock-kneed". He has a great military green uniform with 1970s bell bottom pants! There were a ton of honor guards at the medal ceremony so you should definitely pick up a bunch! There is another version of this figure with a darker belt. I'm not wild about collecting figures with minute variations, but if you are, then keep an eye out! They make awesome Rebel soldiers and look great lined up and in rows--or just guarding various Rebel installations and doorways. Recommended!
Posted by (S)AFE at 8:09 AM