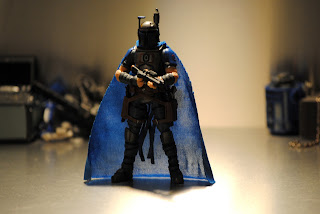 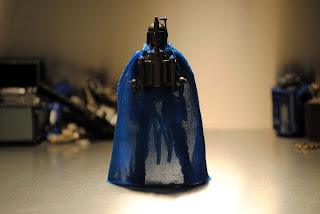 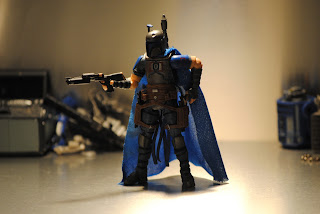 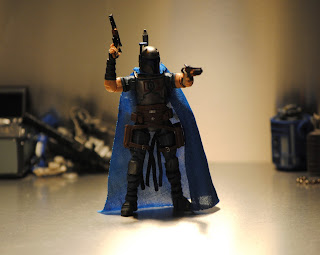 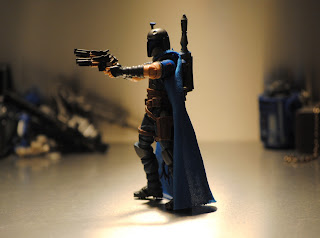 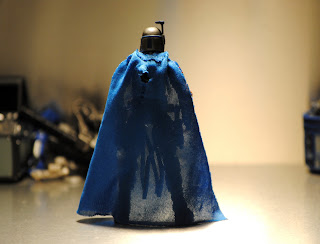 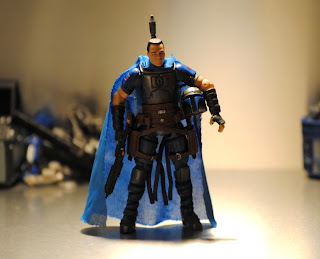 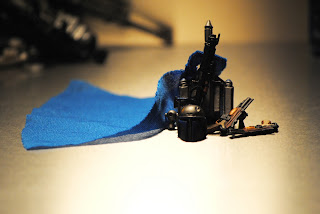 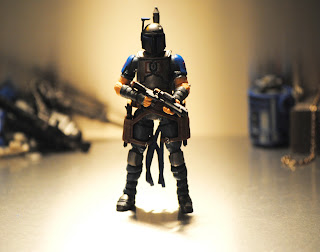 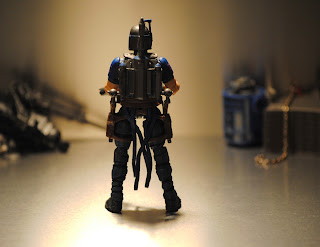 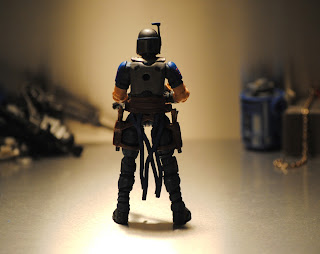 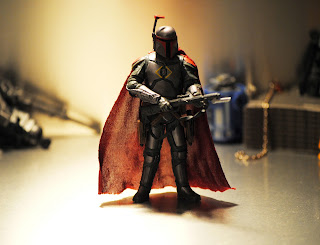 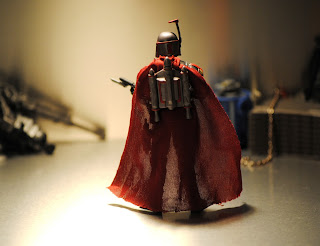 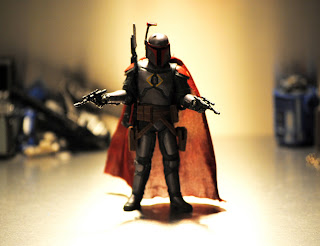 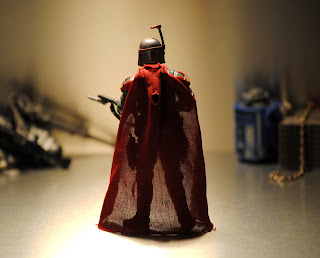 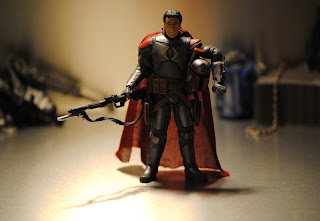 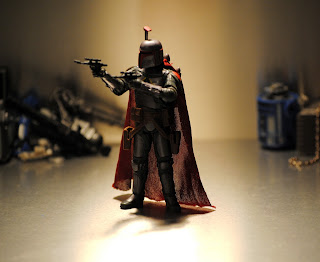 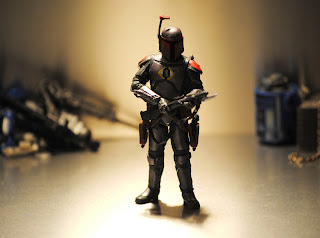 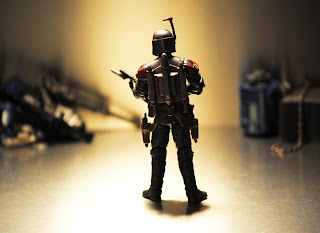 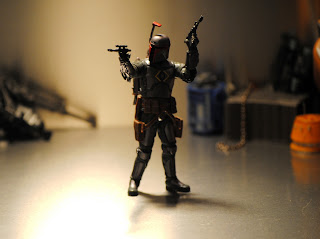 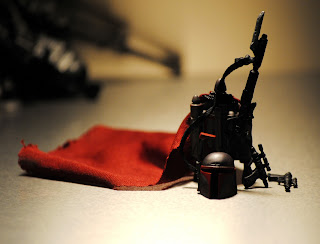 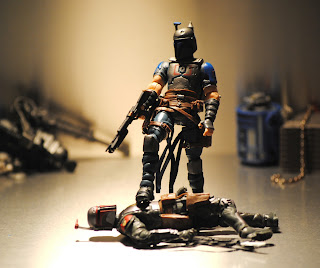 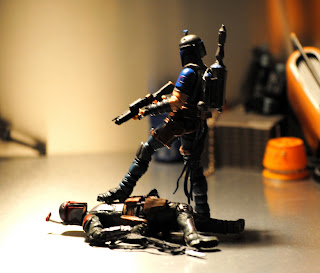 Previously on Action Figure Empire we did a review of Jaster Mereel and Montross (available from Entertainment Earth as part of the last of the comic packs) but we didn't have the awesome photos to go with the review. So here it is! The updated review of Jaster and Montross with 23 (yes, twenty three!) brand new high definition photos for your viewing pleasure! Feast your eyes and be prepared to drool! These are two of the best ever Mandalorian (non Fett) figures released by Hasbro to date! Don't miss out on these guys. They won't be available forever so act fast!

Original Review:   Montross the Mandalorian who betrayed Jango Fett's mentor, Jaster Mereel is perhaps the best incarnation of a Mandalorian I have ever gotten my hands on. Although he went on to compete with Jango for the role as the basis for the clone troopers, he makes a damn good action figure. Thanks to Entertainment Earth and their exclusive comic pack for bringing this guy into action figure reality! This figure uses parts of the Fett Evolution pack Boba Fett and some original pieces including forearms, shoulders, Belts, and borrows his legs and feet from the Fett Evolution pack Mandalore the Indomitable (to be reviewed soon!). He comes with some awesome accessories, a soft goods blue cape, new head sculpt, a Mitrinomon Z-6 jetpack, 2 new blaster pistols complete with double holsters, a new blaster rifle, a removable helmet, and an all new blue, black, brown and gunmetal, paint/color scheme. This is one solid figure. Great for posing and very flexibly made. Extremely Highly Recommended!

Jaster Mereel, the Mando that Montross betrayed. He comes packaged with Montross as part of the Entertainment Earth Mandalorian Comic Pack. This is [another]  awesome figure but a little stiff because he's mostly based on the Jango Fett from the Fett Evolutions pack. Personally as for aesthetics I have always been much more drawn to Boba Fett's style of piece-meal, battle-worn armor than the seemingly "too clean" look of Jango Fett's armor. Something has always looked stiff to me about this armor style and the figures seem to match. Don't get me wrong it's still a great figure, but something has always looked a little uncomfortable to me in the figures based on this kit. Jaster features a soft goods red cape, new belts, new blaster pistols, a new blaster rifle with affixed bayonet, a JT-12 jetpack, new head sculpt (which looks a bit like actor Mandy Patinkin), removable helmet, and a new crimson, dark green, and gunmetal color/paint scheme. Still a solid figure, but compared to Montross Jaster Mereel looks a bit like the Tin Man from The Wizard of Oz and he needs some oil. Highly Recommended!
Posted by (S)AFE at 5:10 PM