Imperial Jump Trooper: Death From Above! 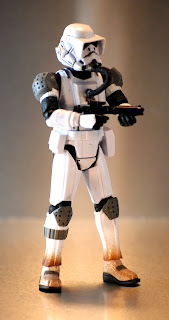 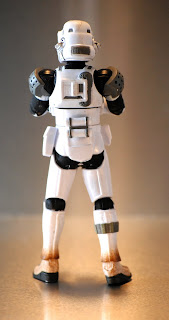 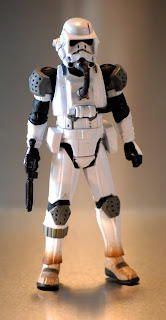 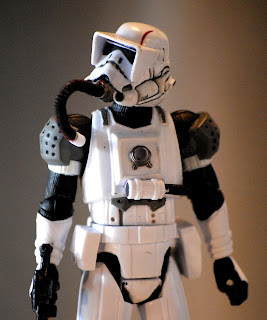 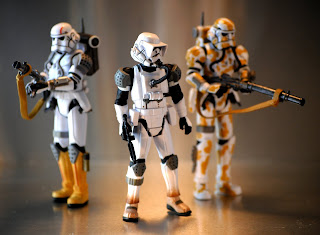 Imperial Jump Troopers come to us from the Star Wars The Force Unleashed video game. They're pretty fun to grab and throw out of the sky with the power of the force, or to run through with your lightsaber as you play Galen Marek and take on the Empire's special forces. These awesome variations on the more standard Imperial troops we've come to know come with (in the game) a jet pack, a grenade launcher, special armor, and special regulated life support to accommodate for higher altitudes. The figure however comes with an E-11 blaster, special armor (affixed), and a helmet with a detachable hose that plugs into the chest plate. But where's the jet pack? Hasbro? Where is it? Kind of takes the "Jump" out of "Jump trooper" right? Despite that this is an awesome figure! Perfect for attacking your Starkiller/Galen Marek figures. They're fully articulated and have a great weathered/dirty paint scheme on their feet and lower ankles. Highly recommended!
Posted by (S)AFE at 5:58 PM