Shadow Stormtrooper: Now You See Him... Now You Don't! 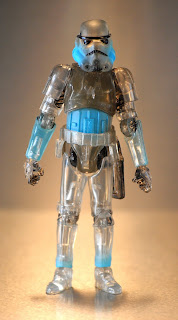 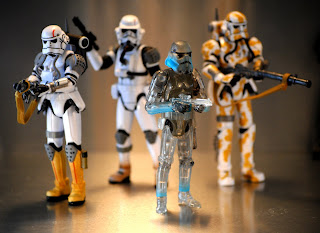 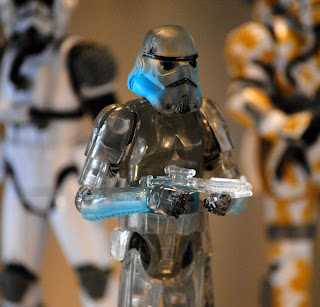 These sneaky little Stormtroopers are invisible! They can phase in and out of the battle field and sneak up on you. Although they don't pack as much of a punch as the EVO or Jump Troopers but they can definitely get the drop on you. There aren't many figures cooler than a totally translucent Stormtrooper. Even his E-11 blaster is made of translucent plastic. He's fully articulated and sports a clear plastic molding and blue and black painted detailing. This figure came packed in the second Toys 'R Us The Force Unleashed pack. Definitely an awesome variant to the normally black Shadow Troopers. This one appears to have been caught having phased invisible. An awesome figure! Definitely Recommended!
Posted by (S)AFE at 7:25 PM