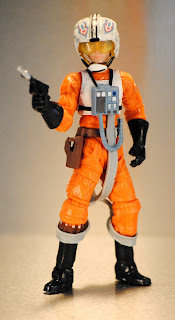 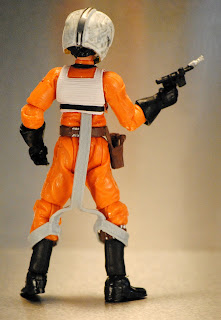 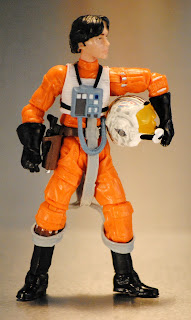 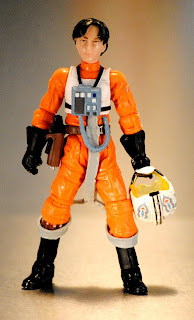 Although the actor that played her filmed her sequences her scenes ended up on the cutting room floor. Originally appearing as an unnamed pilot in ROTJ despite the scenes being cut from the film she was later named by author Ryder Windham Dorovio for his two daughters Dorothy and Violet. This Dorovio Bold figures comes from one of the Rebel Pilot figure packs. She's one of my favorite figures and she comes with a trusty DL-44 blaster pistol with a working holster built into her belt, and a pilot helmet based on the one she wore in her scenes. I really like the little heart shaped insignias on her helmet. Kind of "Hello Kitty meets the Rebel Alliance". Don't mess with the girl with the hearts on her helmet! She'll shoot you down--probably. I highly recommend this figure and the other figures in the three rebel pilot packs. Recommended.
Posted by (S)AFE at 5:39 PM