Admiral Ackbar: It's A Trap! 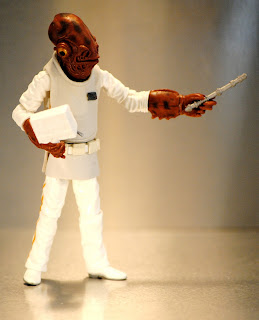 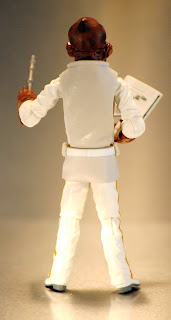 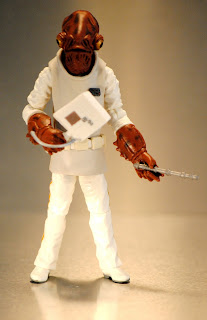 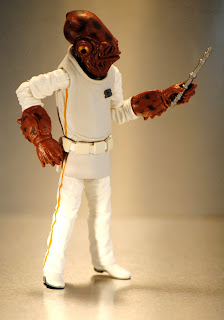 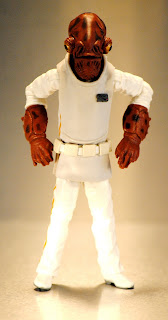 Admiral Ackbar was the foremost military leader of the Rebel Alliance. He would also go on to be the same for the New Republic in the Expanded Universe too. A former Imperial slave Ackbar rebelled against his Imperial oppressors and led a resistance movement among his people, the Mon Calamari. Having escape Imperial tyranny he joined the Rebellion and quickly rose through the ranks. A brilliant strategist and military tactician, Ackbar led countless offensives and defensives to victory. He is most remembered for his line in ROTJ, "It's a trap!" about the Imperial fleet awaiting the Rebel ambush on the death Star and the Death Star's shields being up and the super laser being operational. Hasbro's latest version of Ackbar, available in the third wave of TVC is one of my new favorite figures. He is very accurately done, with excellent sculpting, great paint and color schemes, and he comes with his command console/microphone, and a command baton. I love this figure. Maybe it's owning a 3/4" scale version of the coolest Mon Cal out there, or maybe it's because of his awesome bell bottoms and his fish face. This figure is totally worth grabbing! There's nothing "trap" about him. He is a well done figure, with good accessories and a great sculpt. Highly Recommended!
Posted by (S)AFE at 9:52 PM