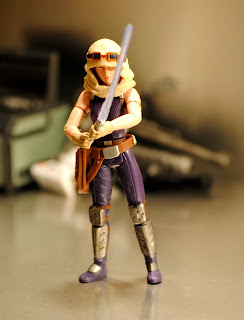 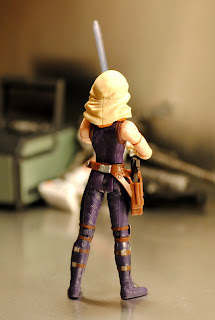 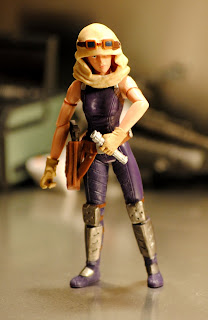 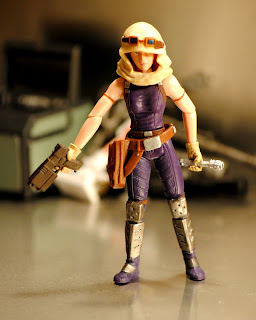 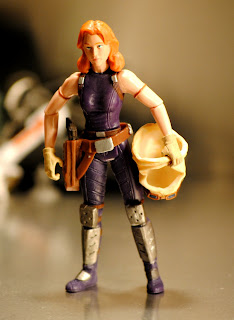 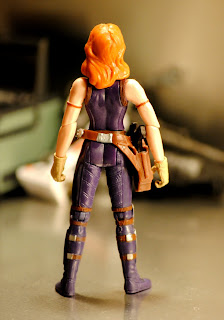 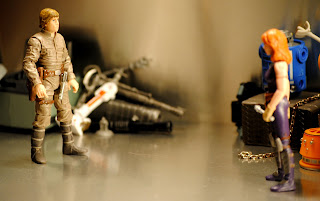 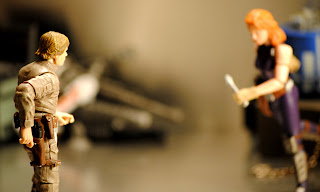 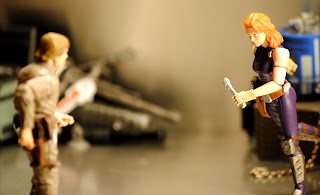 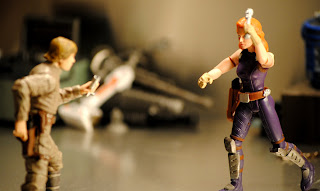 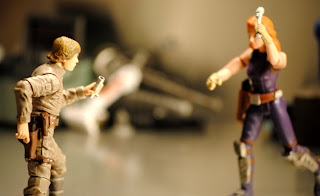 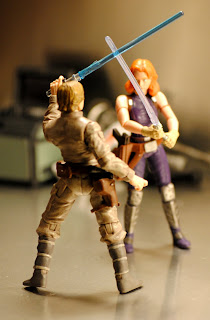 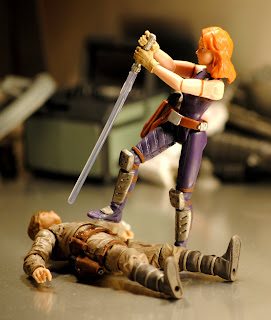 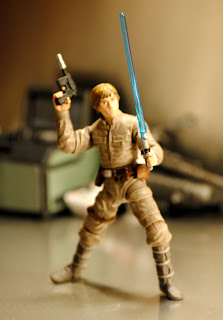 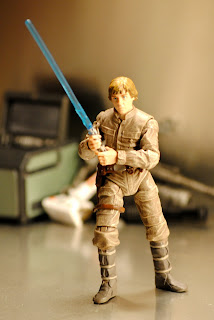 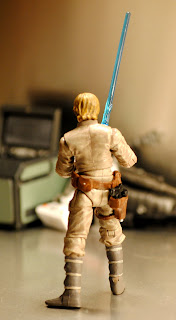 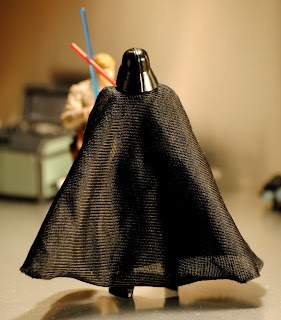 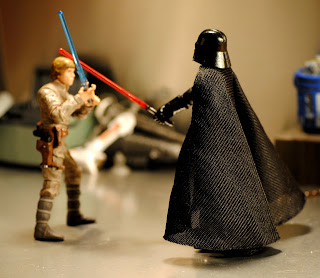 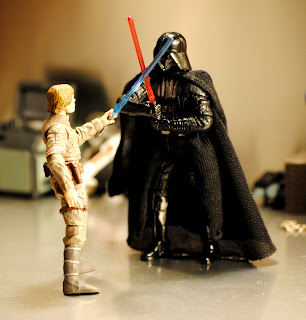 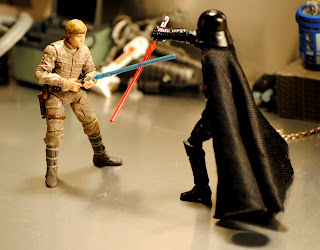 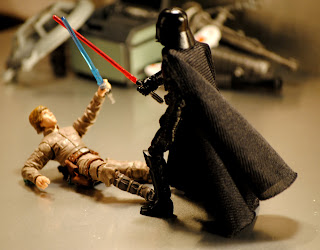 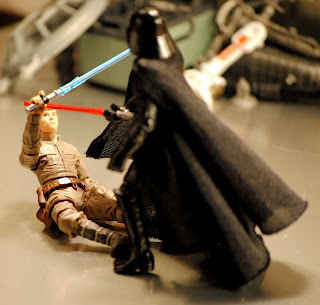 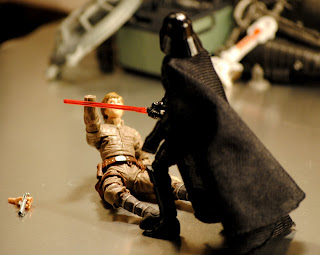 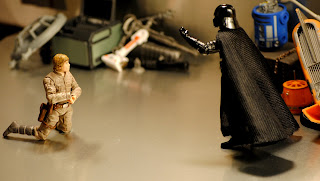 Mara Jade was one of Emperor Palpatine's secret assassins. Known as the Emperor's Hand, Mara carried out her master's missions and maintained a strong connection to him through the force. Palpatine could contact her through his thoughts even when they were planets away from each other. After Luke and Vader killed Palpatine, Mara swore revenge. Vowing to kill Luke, she went into hiding among Talon Karrde's smuggler band. Plagued by nightmares and her secret mission she would one day confront Luke but not kill him. Instead the fiery haired, equally fiery willed woman would ultimately befriend and love Luke Skywalker. And one day they would even marry and have a child. This figure comes to us from the Hasbro Heir to the Empire Comic pack based on the Timothy Zahn book of the same title and the comic book adaptation of said book. She features decent articulation (swivel elbows instead of ball joints, non articulated ankles) and some awesome accessories. Among them: a removable head scarf with goggles (sculpted in), a working holster (albeit huge), Mara's signature side arm blaster pistol, and a lightsaber hilt with removable pale blue blade. She came packaged with Luke Skywalker (not pictured) which sports less than awesome articulation. This comic pack was available as part of the 30th Anniversary Collection's Comic Packs line and is a must own figure! It's the best Mara jade released yet! Highly Recommended!

This Bespin Luke Skywalker figure is our favorite modern Luke here at AFE. With a head sculpt that looks more like Mark Hamill than almost any other Luke figure to date and tons of articulation it's hard not to love this figure! Dressed in his Bespin fatigues--straight out of TESB where Luke falls into Vader's trap on Cloud City this Luke is awesome! He comes with his father's blue lightsaber, his trusty DL-44 and working holster, and a boatload of articulation. He even has ball jointed hips! This figure was part of the Target Exclusive nine figure pack from The Vintage Collection and is also a repack of the TVC Bespin Luke figure from the first wave. One of--if not--the best Luke Skywalker figure(s) ever! Highly Highly Recommended!
Posted by (S)AFE at 9:14 AM