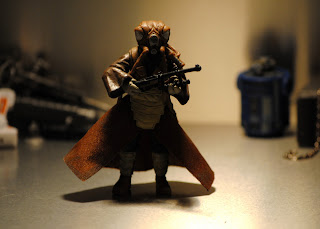 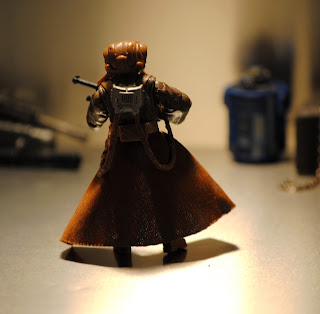 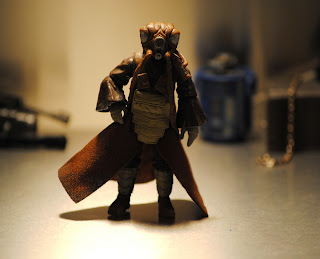 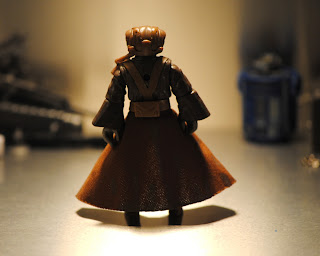 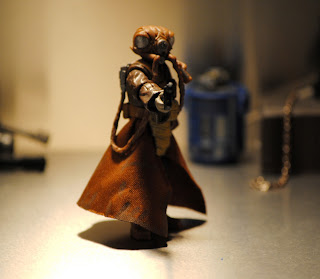 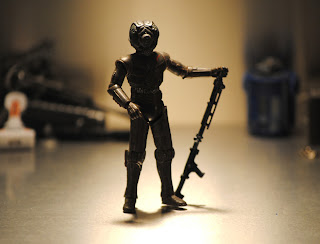 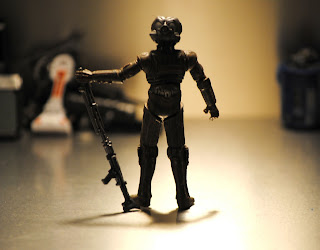 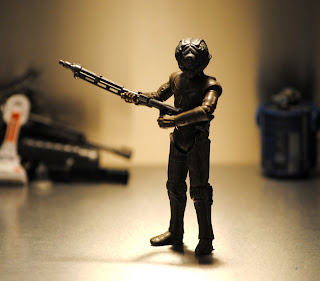 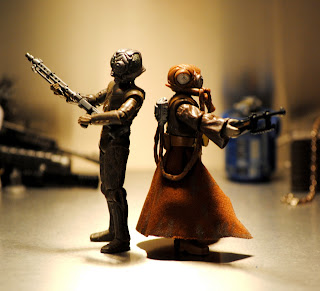 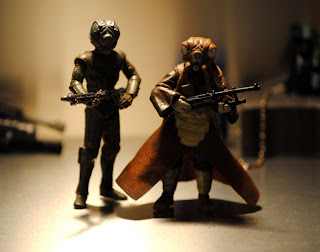 Lets face it, 4-LOM and Zuckuss aren't the best. They do however look pretty awesome and They both look a bit like giant bugs. Zuckuss the Gand Findsman, who draws on the force and mystical rituals to find his marks. Together with 4-LOM an interpreter protocol droid turned greedy bounty hunter who seeks to act and think more like an organic life form. Having been paired together by Jabba the Hutt so 4-LOM could learn from Zuckuss, only to have the two become friends. 4-LOM and Zuckuss answered the call for bounty hunters to capture Han Solo and the crew of the Millennium Falcon. They tried to capture Solo but failed and were instead captured by Boba Fett. Fett imprisoned Zuckuss, and blasted 4-LOM's arm off--and then shot him through the head. 4-LOM was eventually repaired, and Zuckuss was set free from Boba's holding cells.

The new Zuckuss released as part of the Saga Legends line (a few left on shelves still) is an awesome figure. Not only is it a very accurate portrayal of the Gand, but it features lots of articulation, a removable breathing apparatus/backpack with removable hoses, and Zuckuss's signature GRS-1 Snare Rifle. He also features a soft-goods half skirt/robe. This figure looks great alone or paired up with the other bounty hunters aboard the Star Destroyer Executor.

The 4-LOM figure that is being released as part of TVC is a repack of the 2007 4-LOM figure and is also featured in the Target exclusive special action figure set nine figure pack featuring characters from The Empire Strikes Back. This figure features a great paint job. It gives 4-LOM's black protocol droid body a dingy coat of rust and dust, and even adds a dab of red paint to his chest plate. He comes packaged with his signature DLT-19 Imperial concussion rifle and feautres the usual amount of articulation we've come to expect. These two figures are definitely worth hunting for. They look great and help to round out any bounty hunter collection. Recommended.
Posted by (S)AFE at 11:41 AM