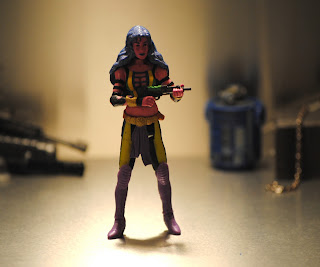 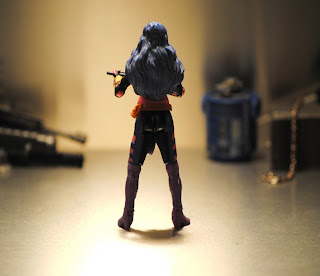 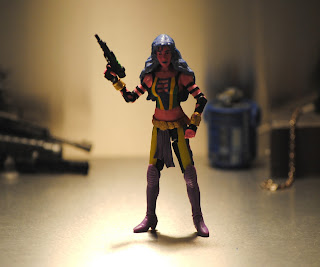 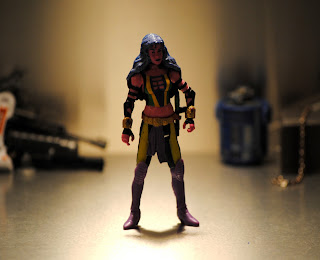 It seems we can't get enough of the blue ladies here on AFE. Ok so Deliah Blue isn't blue skinned, but she does have long blue hair and pink skin (cotton candy colors!). And her name is "Blue". This sultry Zeltron is the companion of Cade Skywalker and mechanic of his ship The Mynock. She accompanies Cade and his partner Jariah Syn on their misadventures in the Star Wars Legacy comic book series. She comes as part of one of Etertainment Earth's exclusive comic packs (the last of the comic packs) and is packaged with Darth Nihl. I've said it before that female Star Wars characters are awesome, but I'll say it again. Female characters, especially bad ass ones like Deliah make for some awesome figures! She comes with her trusty blaster pistol and a working holster sculpted into her belt. If you love pink skinned alien women she's for you! Recommended.
Posted by (S)AFE at 1:47 PM