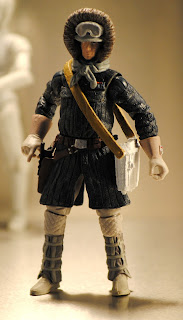 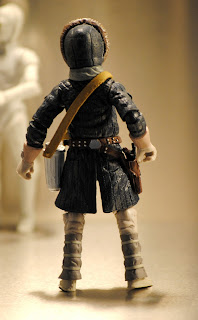 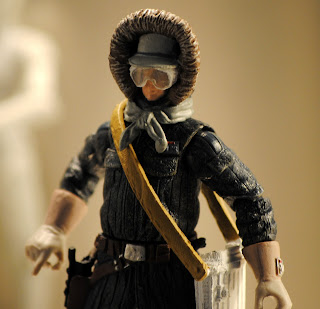 "The goggles do nothing!" 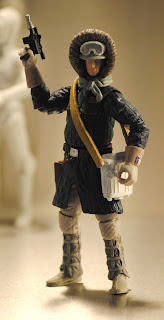 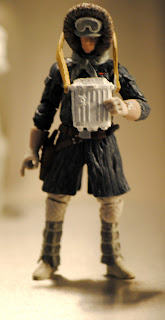 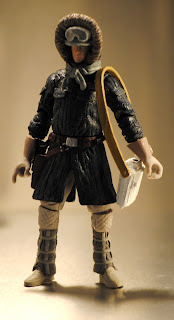 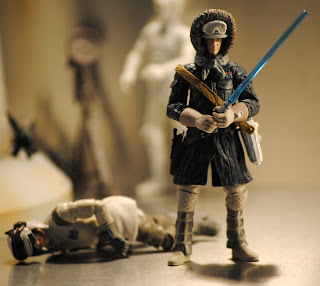 Han Solo: "And I thought they smelled bad on the outside!"

Han and Luke go out on patrol outside Echo base when Luke goes off to check out a meteor crash. Big mistake Luke. Luke gets dragged off by the Wampa ice creature. Han heads back into the base and thinks Luke will be back soon. Luke doesn't return that night. So Han takes matters into his own hands and heads out alone on a Tauntaun to look for Luke. With a stroke of luck (and a scanner) Han finds Luke passed out face down in the drifting snow. His tauntaun dies and Han cuts it open with Luke's lightsaber and stuffs Luke inside to keep him warm...

As part of the Target exclusive nine figure pack this version of Han Solo is pretty awesome. He comes with snow goggles that clip to his face or to the top of his Rebel cap. He also has his macrobinoculars on a strap long enough to sling over his shoulder and his signature DL-44 blaster pistol. All he needs now is his tauntaun and he's ready to look for Luke in the snow. The only draw back to this figure is the fact that his hood is sculpted on and is part of his head. Hasbro should include a non-hooded head for Echo Base interior shots. There is also another version of Han Solo in Hoth gear with the hood sculpted down and a Hoth trooper helmet with goggles and a different colored strap on the macrobinoculars. This figure is also available as part of the Saga Legends line that's still on the shelves now too. So if you missed him in the nine figure pack you can grab him in the single pack. I highly recommend the Target exclusive nine figure pack. Excited by the prospect of having more nine figure exclusives coming out in the future. Recommended.
Posted by (S)AFE at 1:12 PM