Bossk: A Trandoshan For Hire 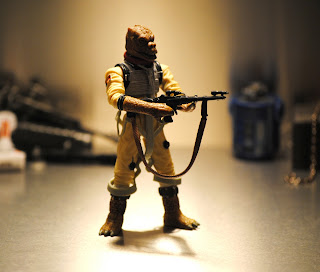 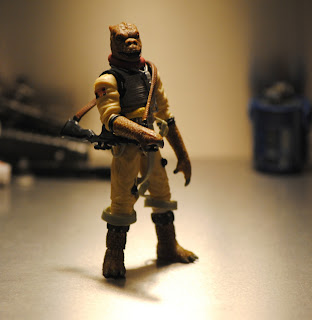 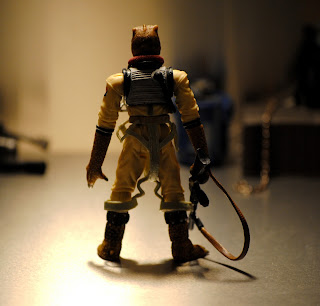 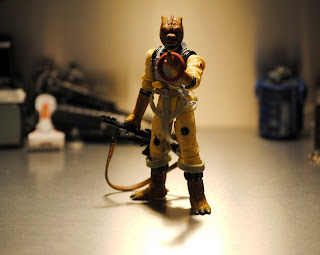 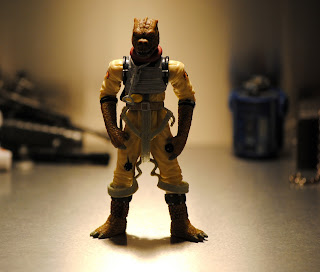 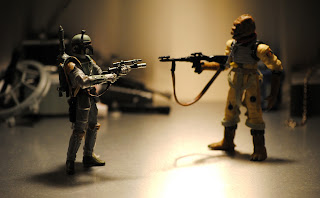 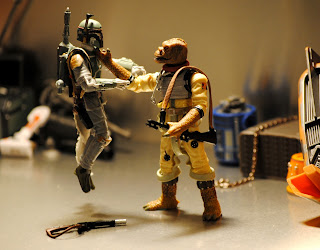 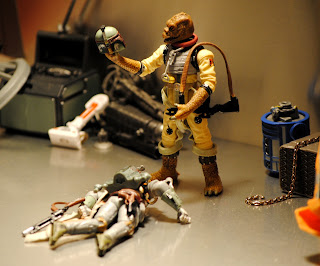 The Gorn (Star Trek) has nothing on Bossk. Bossk would never be defeated by an arrogant man in a yellow shirt with a bamboo tube full of rocks and dirt. Never. No he's a fierce Trandoshan bounty hunter--from a race of notorious slavers that mainly prey on Wookies. Bossk, one of the bounty hunters hired by the Empire to find Solo and the Falcon, was beaten to the punch along with his fellow hunters by Fett. A rival of Fett and his other competion, Bossk occasionally teamed up with other hunters such as Zuckuss and 4-LOM. He's bad to the (wookie) bone--his name even means "Devours his prey" in Dosh (the Trandoshan language). Trandoshans are one of the only races in the galaxy that are tough enough to go after wookies and be able to walk away. As an action figure Bossk is no less awesome. Maybe more so because he's at our mercy to be posed and photographed. This updated version, released as part of the Saga Legends line (might be a few left on shelves still), features tons of articulation, a removable flight suit collar, his signature blaster rifle with an extra long strap, and tons of detail. Jedi_Randy of the blog Tales From the Mos Eisley Carinderia (http://talesfromthemoseisleycarinderia.blogspot.com/) mentioned wanting to see Bossk face off with Boba Fett. Had a lot of fun with this shoot. Definitely recommend this figure! Seek Bossk out and hunt him down. He's worth it. Highly recommended!
Posted by (S)AFE at 6:16 PM