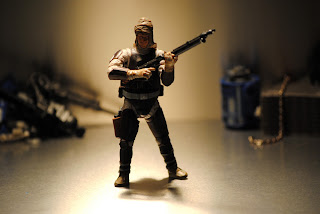 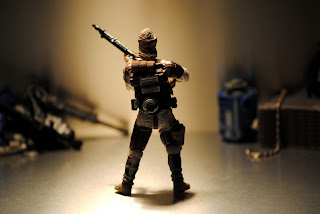 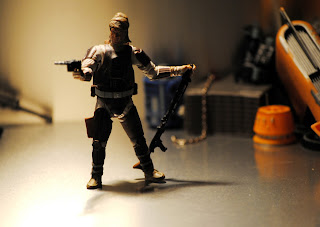 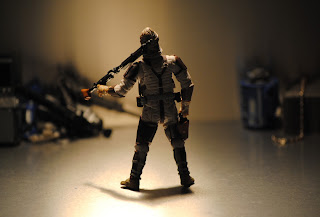 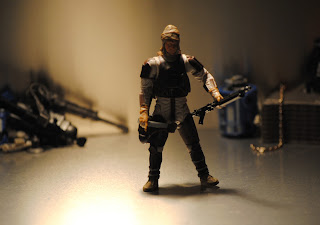 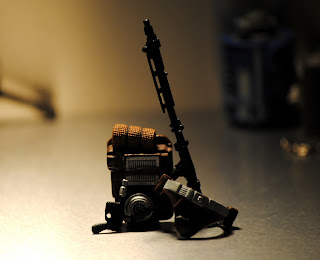 Another of the bounty hunters hired by the Empire to capture Solo and the Millennium Falcon. Dengar aka "Payback" was an avid swoop repairman and racer as a teenager growing up on Corellia. He was horribly injured and disfigured by a young Han Solo in an illegal swoop race. Solo pulled a dangerous maneuver with his swoop that won him the race, but nearly cost Dengar his life. Restored by Imperial surgeons ("We can rebuild you, we have the technology!") Dengar was made into a cyborg and turned into an Imperial spy and assassin. Having had the pity, mercy, and compassion centers of his brain removed, and his senses heightened, Dengar became all the better at tracking, catching, and killing his prey. Having defected from the Empire, Dengar became a bounty hunter--one of the best in the galaxy, third only to Fett and IG-88. He harbors an intense hatred for Solo and what he did to him as a youth, so he jumped at the Empire's call to find the smuggler. Dengar helped to rescue Fett from the Sarlacc pit and nursed him back to health after he escaped. He also occasionally partnered up with Fett such as when Fett went after Jodo Kast.   Hasbro's newest Dengar figure, from TVC, is the best Dengar yet! With more articulation, weapons, and actual movie detail and likeness! He comes equipped with his signature DLT-19, a DL-44 sidearm, removable codpiece/belt, removable backpack, and a ton more articulation than he has ever had before. One drawback being that his feet are slightly off kilter, making him one of the hardest figures to stand up, and have standing for a long period of time. This figure is awesome! Definitely grab one before they totally disappear! Highly recommended.
Posted by (S)AFE at 10:54 AM