Bounty Hunters, We Do Need Their Scum! 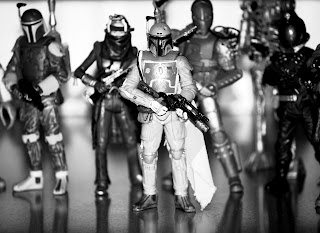 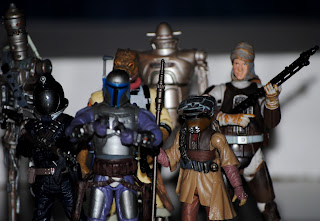 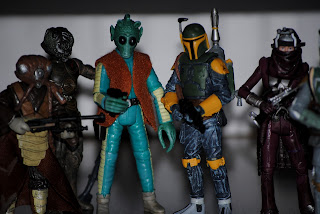 There is nothing cooler in the Star Wars Universe--well not much that's cooler than bounty hunters. With their cunning, their deadly weapons, fighting styles, fast and unique star ships, their armor and helmets, and their gritty, dangerous, and exciting carriers, there's nothing more bad ass. The most bad ass of course being the infamous Mandalorian, clone of a Mandalorian, Boba Fett. Nothing and no one measures up to him--try as they might. There's only one Boba Fett. He's the best there is at what he does and the best in the galaxy. The galaxy just ain't big enough for two number ones.
Posted by (S)AFE at 11:00 PM