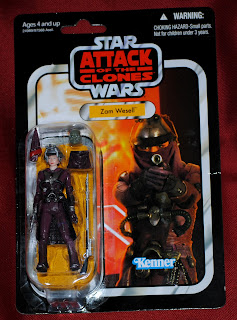 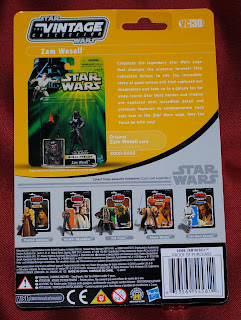 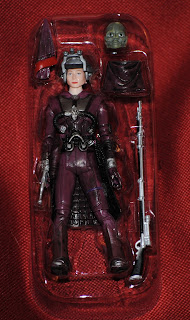 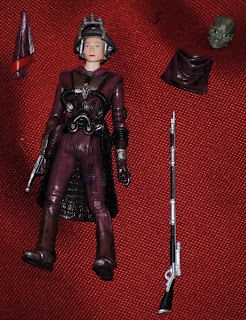 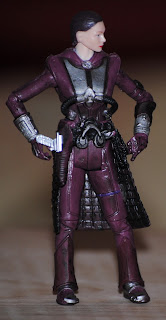 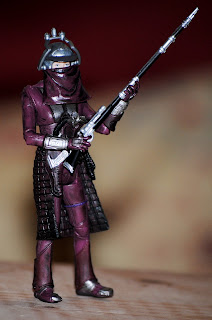 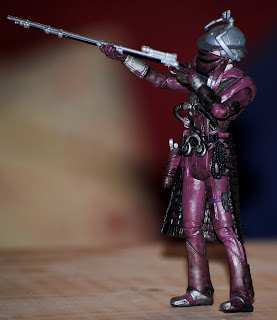 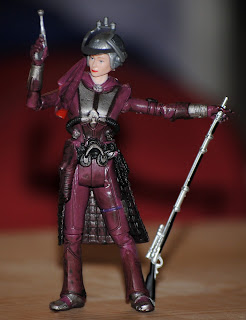 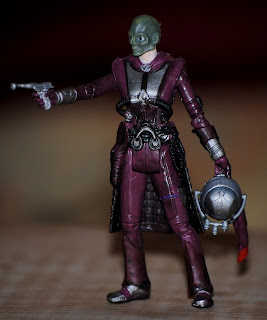 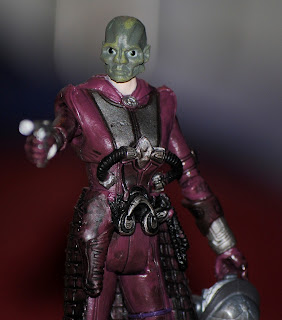 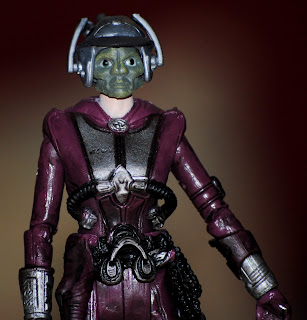 Headed over to the local Target to get some things and of course took a stroll through the Star Wars section. Yes now the next two waves of the Vintage Collection are out warming the pegs in (a somewhat better) force. Exercising extreme self control i picked only one figure this time. It was a tough choice between a senate guard and the awesome and slightly underrated bounty hunter Zam Wesell. Being me I had to go with the bounty hunter! So Zam Wesell it was. And What an awesome figure she is! (he? she? it? dang changlings!). She comes with tons of accessories and gear for taking down her marks. She's outfited in Mabari Steel-weave  armor including a half skirt kama, pants, plated boots, a Mabari chest plate, and Mabari helmet with targeting visor/scopes. She comes with 2 veils 1 drawn across to add an air of mystery and give her a cool look, there's also the veil that's drawn to the side and left hanging, for a cool, "she's among people who may know her", or "trying to seduce someone", effect. She also has a small silver sidearm blaster that fits snugly into a "reach-around" holster on her belt. Her belt features two hoses that plug into her chest. She also comes with a long range projectile sniper rifle--for taking out far away targets. She has a nifty removable helmet, and two heads. One attractive female human and one "boogly" looking Clawdite head. It's two figures in one! She also features tons of articulation, very flexible sculpting and fingers on both hands for gripping guns and triggers. Go out and capture this bounty hunter before she disappears! Too bad she had to die in AOTC. She's awesome!
Posted by (S)AFE at 11:06 AM