Boba Fett: The Best In The Galaxy. 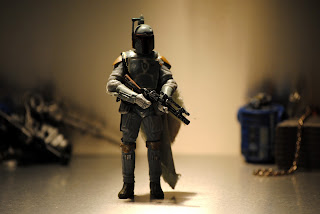 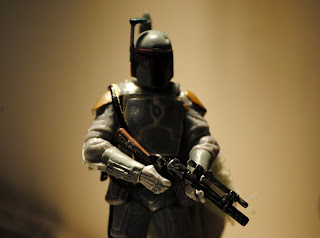 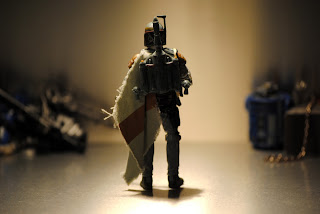 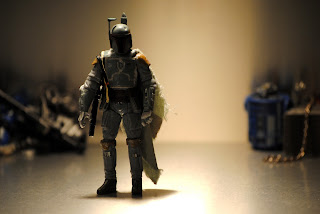 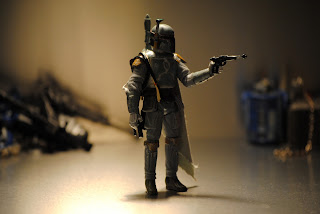 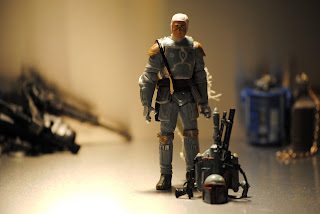 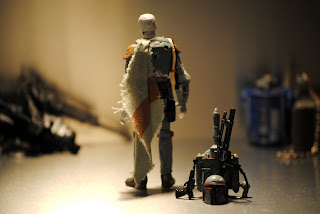 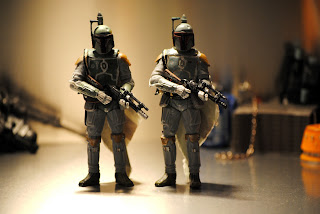 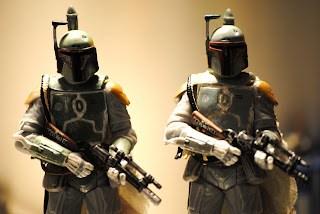 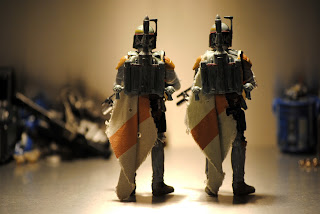 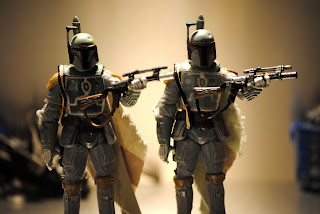 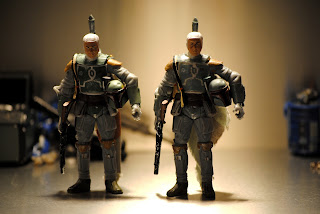 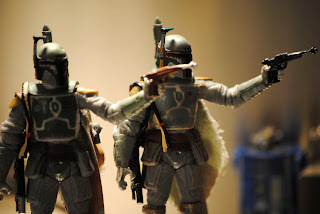 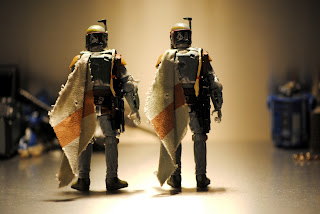 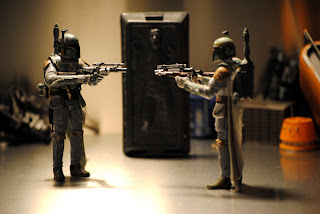 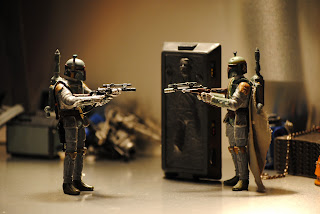 "The best bounty hunter in the galaxy". Right from that very title you know Boba Fett is one tough hombre. From his debut in The Empire Strikes back as one of the bounty hunters hired by Darth Vader to find Han Solo and the Millennium Falcon, he was a mysterious, gravelly-voiced, sinister, yet utterly intriguing outlaw with the stones to stand up to Darth Vader himself. It was that first scene and the scenes on cloud city that forever cemented Boba into his spot as my favorite Star Wars character. Rivaled perhaps only by the coolness of Clint Eastwood's portrayal of, "The Man With No Name" in the classic westerns, "The Good The Bad and The Ugly" "A Fist Full of Dollars" and "For A Few Dollars More". Boba Fett presented the audience with the perfect antithesis to the brash arrogant Han Solo. A true nemesis. Anonymous yet covering his face with such an iconic helmet. Bristling with weapons, both obvious, and hidden. Rivaling even Batman's utility belt he seems to have the right weapon or tool for any task. A man of few words, Fett never speaks except when he has to, and when he does, his voice seems to invoke that of a Grim Reaper. Perhaps because if Fett is present, you know your time has come. Every life in the Star Wars universe has a price, it's just a matter of time before Fett collects on that price. "What if he doesn't survive? He's worth a lot to me."

The original Star Wars trilogy has always seemed a bit dark to me. There's a grittiness to the story and the visualization of the movies. It always seemed like a tough galaxy to make it in. From the sand blasted--dust covered planet of Tatooine, to the dark and grim overly sterile corridors of the Empire. There's both a light and happy side and a very dark and mysterious side to the iconic stories. I tried to capture that gritty, tough, and junk strewn galaxy in this series of photos. In the backdrop I incorporated piles of Star Wars junk--old ship parts, discarded blasters, dead power cells, burnt out droid modules--the usual stuff we'd see cluttered in the corners of Star Wars environs.

The first figure I chose was the Legacy Collection Evolutions pack Boba Fett. This Boba Fett figure looks to me more like the Empire Strikes Back Boba Fett. The Armor is a more muted duller green. There is less definition on his blaster rifle and his back-up blaster pistol. Now the Vintage Collection Boba Fett has a much richer darker green tint to his armor, more details to his blasters--Hasbro added a silver barrel to the rifle and gave us a duo chrome blaster pistol, brown grip with a silver barrel, instead of the all black blaster from before. The heads have also changed subtly the Evolutions Fett's face features deep red scars that appear to be quite fresh, whereas the TVC Fett's face features no red detailing as if the wounds have healed into scars. There's a subtle variation in the capes as well. The Evolutions Fett's cape is made from a somewhat darker (in color) material and the tan line is a bit thinner in width and darker in color, and painted in a heavier paint/ink. The TVC Fett's cape is a lighter colored material with a somewhat thinner, lighter tan line. Despite my feeling that the Legacy collection Evolutions Fett is the Empire Strikes Back version, they clearly both are. We still have not seen an updated ROTJ Boba Fett figure. Hopefully one will be made with the red colored gauntlets and the EE-3 blaster rifle. Although they are virtually the same figure with only minor difference and subtle improvements (the TVC over the Evolutions) they are two of my favorite figures of my favorite character--well favorite bounty hunter at least. They are hyper articulated, well detailed, and definitely worth acquiring! I highly recommend them.
Posted by (S)AFE at 9:43 PM