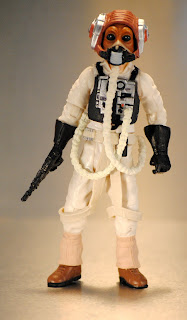 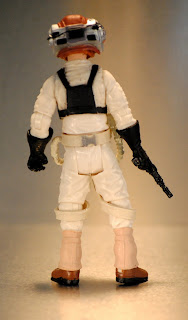 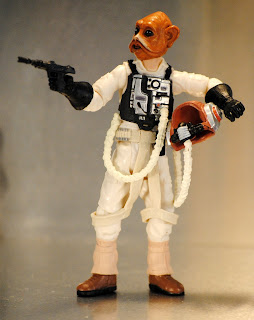 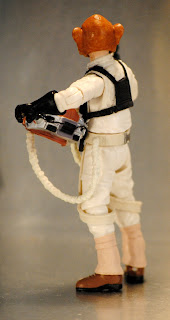 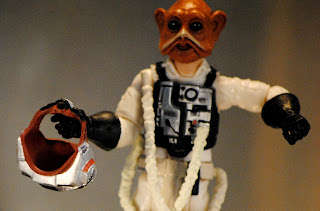 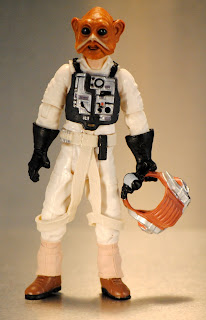 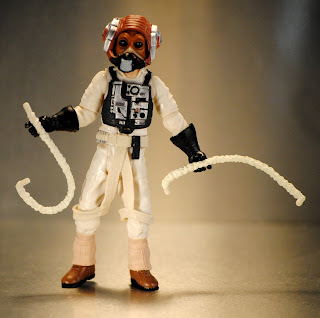 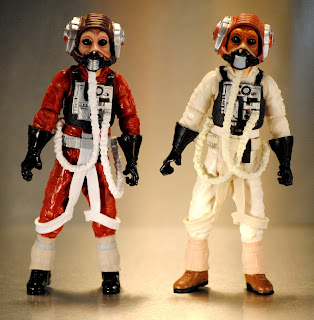 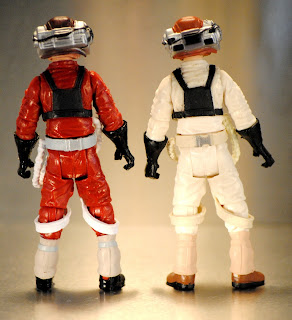 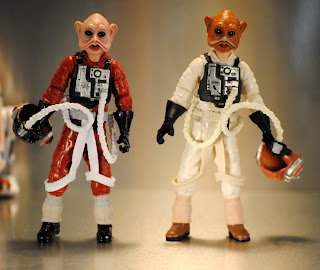 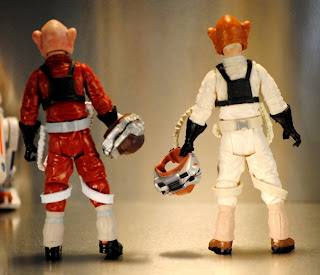 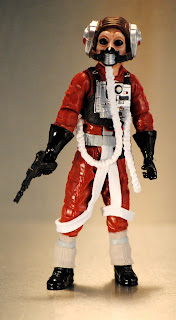 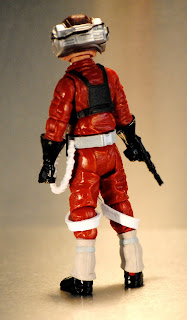 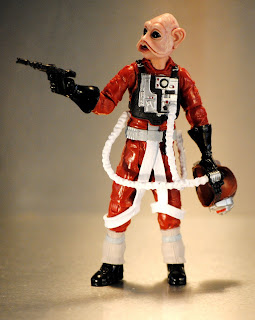 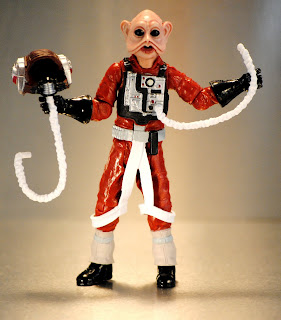 Ten Numb, a former bounty hunter and demolitions expert joined the Rebel Alliance and became a member of the Blue B-Wing squadron. A skilled and very able pilot he was ordered to lead the B-wing squadrons against Imperial command vessels during the battle of Endor. For his heroic actions during the battle he was promoted to Blue leader and he later used his B-Wing as a make-shift fire-fighting vehicle to combat forest fires on Endor. He accompanied Rogue Squadron and Luke Skywalker to Corellia to fight an Imperial uprising led by General Weir to seize Coronet city. He was captured by Weir's Storm Commandos and executed during an interrogation by General Weir himself. In ROTJ Ten is seen wearing a red flight suit though the figures of him that have been created are based on a production image depicting him in a white uniform. He can be seen during the Rebel briefing and during the Ewok celebration on Endor after the Death Star's destruction.

Nien Nunb--the laughing Sullustan who co-pilots the Millennium Falcon with Lando during the Battle of Endor has long been a favorite of ours here at AFE. For the Falcon sequences the Sullustan language Nien is supposedly speaking is actually Kenyan.Before joining the Rebel Alliance, Nunb was a smuggler working for the SoroSuub corporation. During his operations as a smuggler Nunb met and befriended Lando Calrissian. Eventually Nunb went on to become the administrator of the Spice Mines of Kessel. Hand chosen by Calrissian for the co-pilot position, Nunb would receive the Kalidor Crescent for his heroic service during the battle of Endor. Nunb went on to co-pilot the Falcon on an adventure with Han Solo, who wouldn't accept him as a substitute for Chewbacca, but did come to respect the Sullustan after he saved Solo's life. When Lando purchased the spice mines at Kessel he installed Nunb as the administrator. In ROTJ Nien Nunb's role was performed by a puppet and puppeteers. Originally nicknamed by the crew as "number nine" as he was listed on the packing list for the ROTJ aliens.

As a big fan of aliens--especially Jedi and Rebel pilots--we love Sullustans! Hasbro has released some awesome Sullustan figures! Nien Nunb as a part of the Legacy Collection comes in his red B-Wing pilot flight suit (he was apparently serving as a fighter pilot before Lando recruited him to help crew the Falcon) with a removable helmet and breathing tube, a removable hose, and a blaster pistol. Ten Numb comes similarly equipped and wearing a white flight suit, with a removable helmet that fully separates from the breathing hose (Nien's doesn't), a removable hose, and a blaster pistol. Ten Numb is included in one of the Rebel Pilot Legacy Packs from the Evolutions line. Ten Numb's neck and head don't match for skin tones, as well as his upper lip which looks like a pale pink mustache. The only other problem with these figures is the fact that they were given bodies that are way too tall for Sullustans. Ten Numb's actual height is just under five feet, while Nien Nunb's is just over five feet tall. The bodies they have been given are the generic A-Wing/Y-Wing/B-Wing pilot bodies used for human pilots. We understand Hasbro has to save money, but these two are the tallest Sullustans ever! Despite being giants among a short race of aliens, they are awesome figures! Definitely grab some Sullustans for your collection! Recommended!
Posted by (S)AFE at 9:49 PM