3 Vaders For the Price of One!

Because you voted for your favorite Star Wars character from the Original Trilogy on our Facebook page and Darth Vader came in first with 12 votes here is the special figure review we promised! 3--that's right 3 Darth Vader figures reviewed in one post! "Impressive! Most Impressive!" 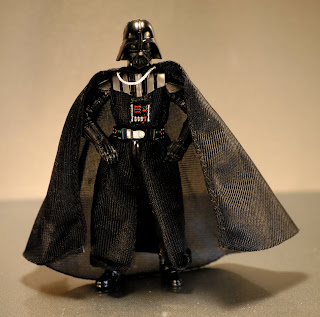 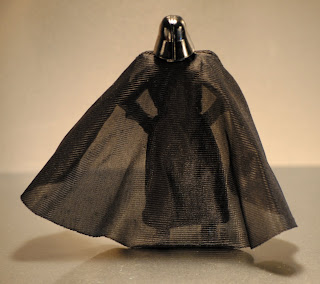 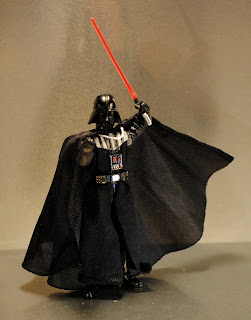 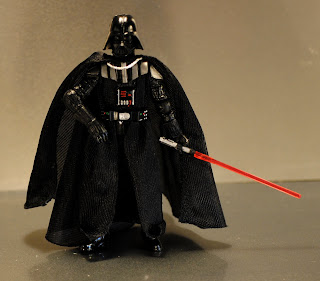 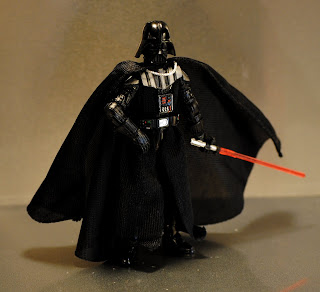 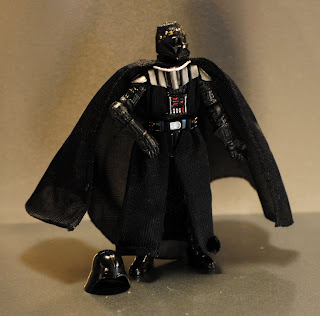 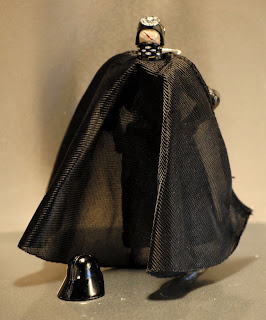 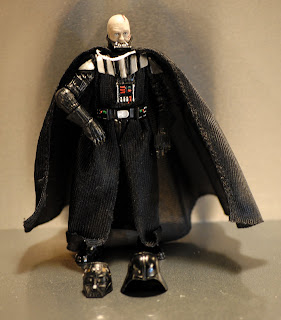 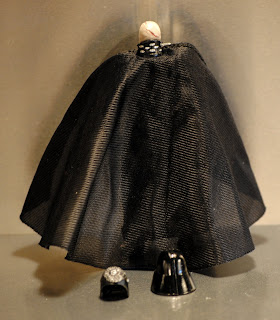 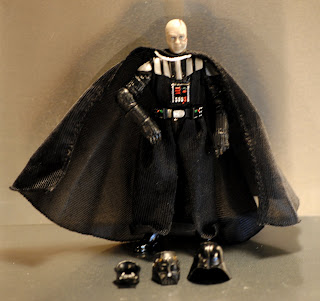 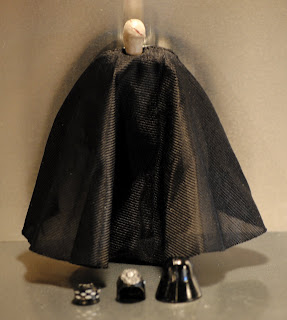 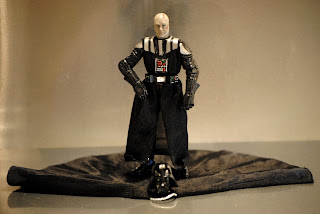 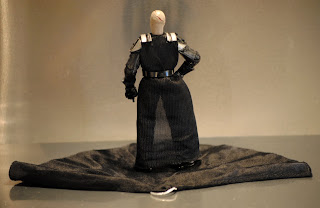 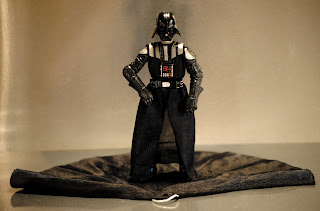 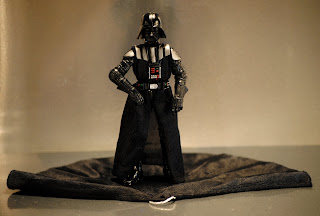 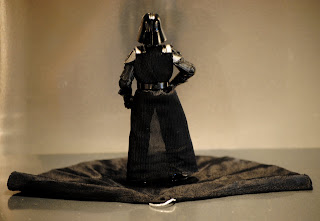 This Darth Vader figure released as part of The Vintage Collection's first wave of The Empire Strikes Back figures is pretty awesome! He comes fully articulated with a helmet that comes apart into three pieces, a pop-off head, a removable soft-goods cape, and Darth Vader's signature red bladed lightsaber. This Vader sports some features most other figures lack and that's a soft-good outer tunic that continues from Vader's soft-goods kama (half skirt) up over his chest. Mostly that piece has been rendered in plastic but not this time! Another great feature is the Anakin head has been sculpted to look like he did when Luke removes his mask in ROTJ. There is an innacuracy on the chest box however and that's the fact that the top right light is green. If it were from TESB it should be blue. The button was green in ANH, ROTJ, and ROTS. Despite this minor detail this is a stellar figure! Highly recommended! 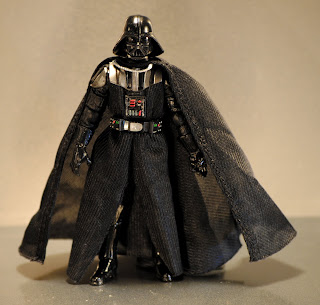 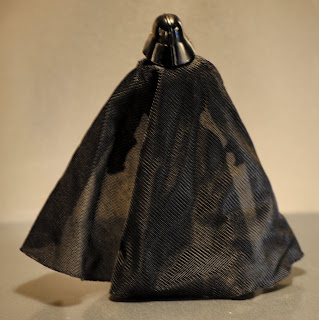 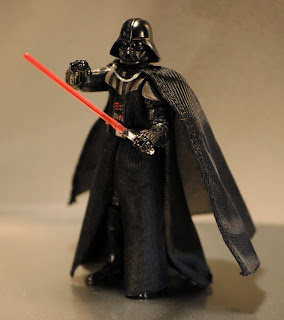 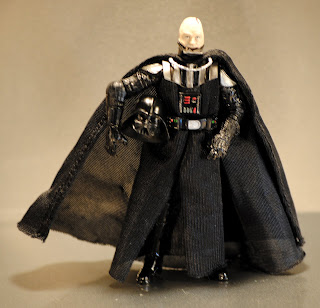 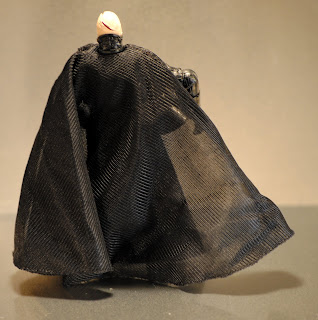 This Darth Vader figure comes to us from the Imperial Hoth Assault Battle Pack that features a Hoth scout trooper and speeder bike and a Snowtrooper and an E-WEB blaster cannon. this figure sports a very crudely sculpted 1 piece removable helmet that really looks too small and leaves a small gap when the helmet is put on. This figure is basically a toned down repack of the Vintage Collection Vader reviewed above and even shares his cape and soft-goods tunic. While the Battle Pack adds some needed Imperial troops and armaments this Vader definitely won't hold up to the fierce Rebel resistance. Not Recommended. 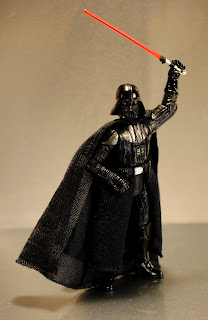 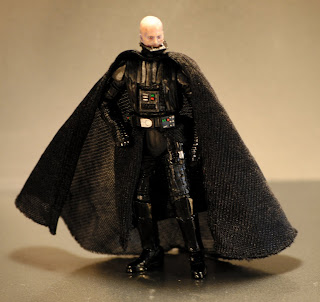 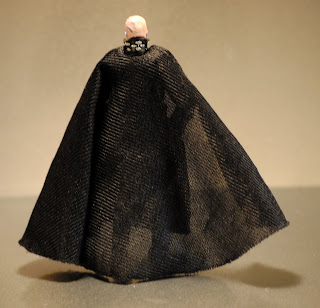 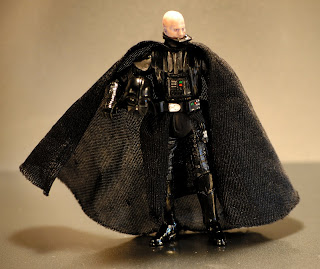 By far our favorite Vader here at Action Figure Empire, this figure captures the Sith Lord in all his towering evil glory. Featuring the most accurate sculpt of Vader's helm and mask to date. Where the other two helmets either bow out too wide or are smaller than the on screen version this helmet sacrifices nothing for the sake of accuracy. The upper tunic is not soft-goods but that doesn't bother us, and there is no chain across his top cape, but it looks better than the line of reflective elastic they've added to the newer capes. Anice touch is that the soft-goods cape is thicker than the ones being produced lately and thus lets less light through it. Under the helmet is what looks to us like a newly armored Anakin skywalker covered in burns and scars from his duel with Obi-Wan on Mustafar. While it's not the old wizened deformed pasty white head we see under the mask in ROTJ, it does give us a nice transition point between Anakin with long brown hair, burned up anakin, and anakin in ROTJ. We also added a Darth Vader lightsaber hilt to Vader's left leg with our customizing skills, so he's never without his saber. This Vader is amazing! Fully articulated and masterfully sculpted. Recommended! 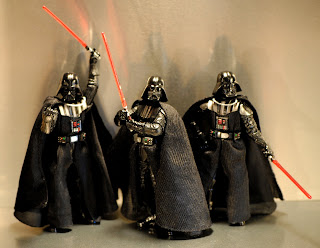 --TVC, Commemorative Tin, Hoth Battle Pack--
"I find your lack of articulation disturbing!"
Posted by (S)AFE at 11:34 AM