Battle at the Sarlacc Pit Playset: Don't Fall In! 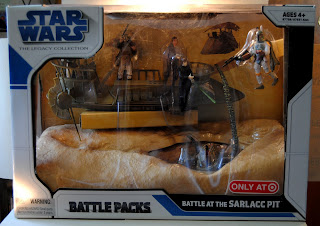 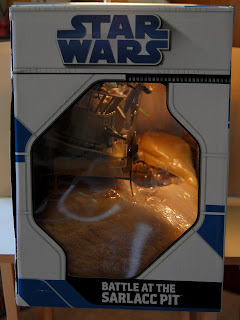 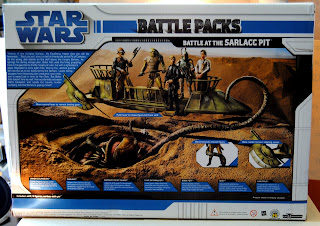 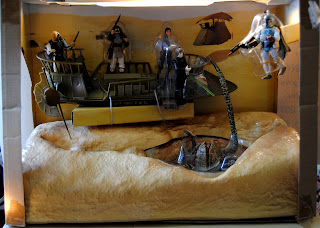 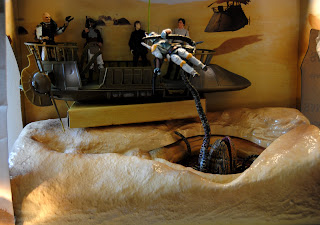 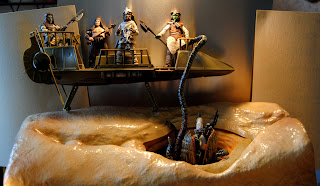 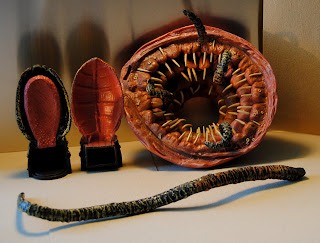 Bounty Hunters On Board! 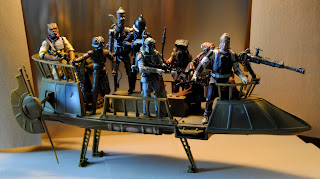 The Pit of Carkoon aka the Sarlacc pit is perhaps the most notorious and vile beast we encounter in the original trilogy--or at least it's right up there with the Rancor. It is the Sralcc pit that Jabba the Hutt sentences the Rebel infiltrators to spend the rest of their lives rotting in when he discovers their plots to free Han Solo from his carbonite prison. The Sarlacc--a beast that nests under the sand--leaving only its mouth exposed--is a veritable living trash compactor full of tentacles, teeth, stomach acid, and other horrible things. It digests its victims over a period of a thousand years--keeping them alive--while they exist in sheer agony in the belly of the beast. Its the Sarlacc pit that many of Jabba's henchmen fall into, it's the Sarlacc pit that Han Solo knocks Boba Fett into (although he escapes in the Expanded Universe) and its the Sarlacc pit that nearly drags Lando into its belly. From the Legacy collection comes the awesome revamped Battle at the Sarlacc Pit playset--including a fully operational desert skiff with fold out landing gear, pop-out plank (for Luke to walk and backflip off of), blast down guard rails, and articulated rudder veins. It includes a base with pop-out Sarlac, with alternate beak and bendable tentacle (to grab victims). Also included are 5 figures: Han Solo, Weequay, Boba Fett, Luke Skywalker, and Lando in disguise. This battle pack is full of features and awesome extras! Plus the skiff is a favorite vehicle around here at AFE. Highly Recommended!
Posted by (S)AFE at 9:04 PM