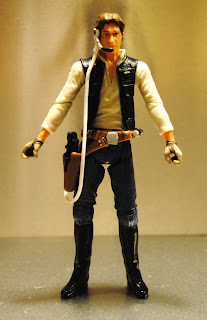 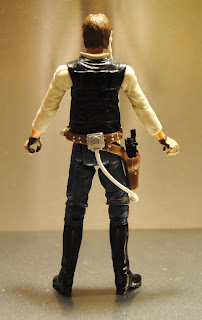 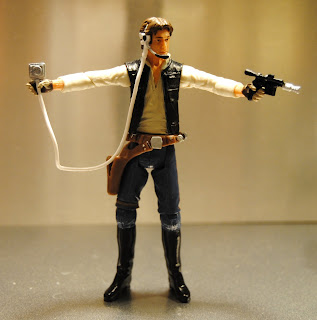 Here we have Han Solo from The 30th Anniversary Collection decked out in his pilot gloves and commlink he uses to talk to Chewbacca and Luke as they battle the Empire's Tie Fighters in deep space. Over all this is a pretty standard fair figure. He comes with his signature DL-44 blaster, gloved hands, and a commlink that pops out of his belt but not from his head. Sporting a halfway decent head sculpt and moderate articulation that is to be expected from The 30th Ann. collection, this Han adds a nice touch to your Millennium Falcon scenes and can tell your Luke "Don't get cocky kid!" Grab this figure up if you have to have every single character variant!
Posted by (S)AFE at 8:52 AM