Mouse and Basso: Rebels In Disguise! 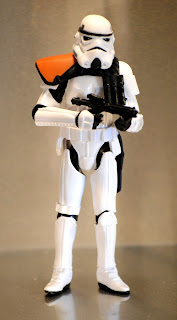 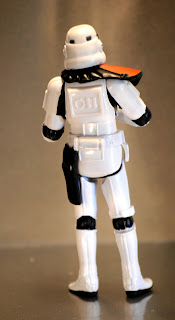 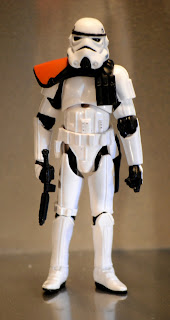 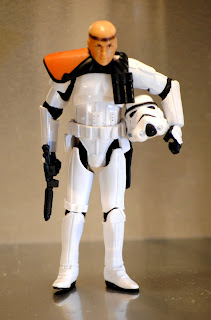 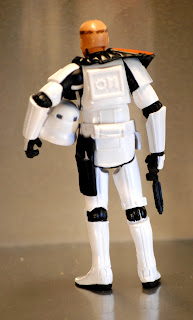 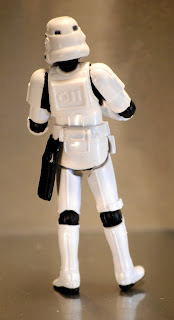 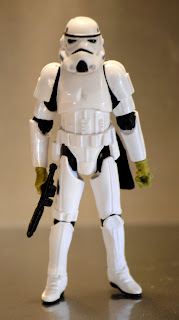 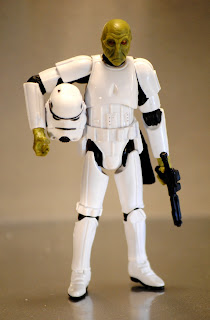 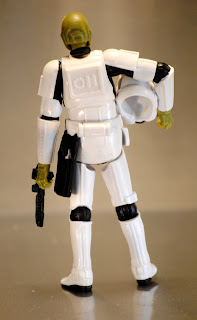 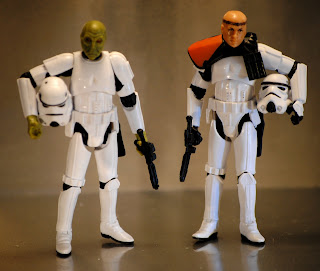 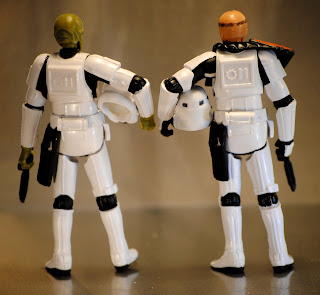 Fresh from the pages of the Star Wars: Rebellion Comic series, Mouse and Basso in full Stormtrooper gear have arrived! Although he looks much more like a Neimoidian, Mouse is a Duros who, along with Luke Skywalker, Deena Shan, Basso, and other Rebels helped to infiltrate the Kalist VI Imperial base. Known for his dry sense of humor, unfortunately Mouse's disguise was discovered and he was later shot by Imperial forces. Basso joined the Rebel Alliance early on--even spending a stint in the Tantive IV bacta tanks and advised Leia about the battle of Kattada. Basso also played vital roles in the taking of the Imperial base on Kalist VI battle of Per Lupelo and the assault on Bannister Station. Released as part of the Comic Pack series Mouse and Basso are in disguise as Imperial Stormtroopers (hope the Imps don't see Mouse's bare hands!). They come fully articulated with removable helmets, working holsters and E-11 blasters, Basso's Sandtrooper shoulder Pauldron (available as part of a later re-release) and 2 new head sculpts. These figures capture their comic counter parts in very accurate detail. Whether you want to bolster your Imperial ranks, or add to your Rebel forces these figures are awesome! The Comic Packs line was definitely a favorite here at AFE and these figures are no exception! Highly Recommended!
Posted by (S)AFE at 9:27 AM