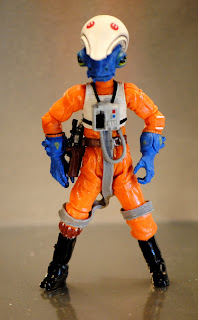 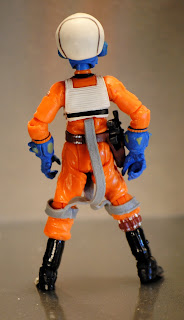 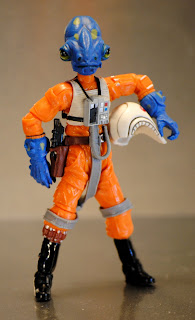 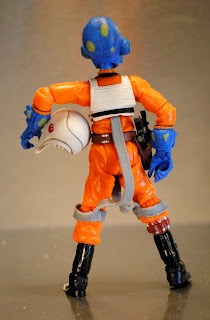 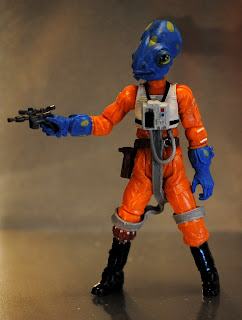 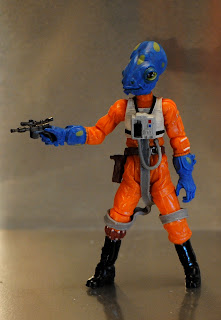 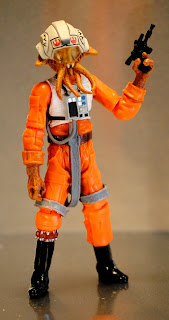 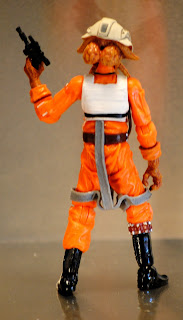 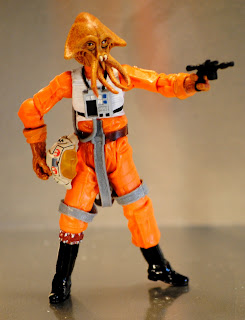 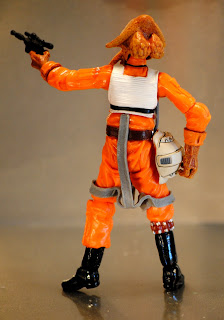 If you're a fan of the expanded universe chances are you've read something about Rogue Squadron. Be it the comic books or the novels or played the old Nintendo game--RS is amazing! With Wedge Antilles as one of the best supporting characters to ever be developed further in the EU and all the awesome pilots that RS has the stories can't be beat! Wedge and Hobbie, Wes, Plourr, Baron Fel, Tycho and Winter, Elscol and Groznik, Dllr and more the stories are full of rich secrets to uncover about the Star Wars universe. There are also plenty of appearances by Star Wars mainstays such as Luke, Leia, Han, Chewbacca, Admiral Ackbar, Lando and even Mon Mothma! The Rogue Squadron stories are definitely some of our favorite reads here at AFE! Among the hot shot pilots you meet in the RS stories are Nrin Vakil, a Quarren from the planet Mon Calamari was a skilled pilot who joined the squadron shortly after a mission to Mrisst. Although at odds with fellow pilot Ibtisam a Mon Cal, upon his arrival, they learned to overcome their special differences as Mon Calamari and Quarren were long enemies on their planet. Out of this initial adversity the two became friends with a deep bond and from their connection they hoped to bridge their peoples' views into peace and forgiveness. This dream was cut short as a wrenching blow was dealt to Nrin in the form of Ibtisam when she was shot down by Imperial pilots. While the entire squadron mourned the loss of one of their own, Nrin felt a deeper pain. Ibtisam would later be inducted into the hall of heroes and live on in Nrin's new found respect and compassion for Man Calamari. As figures these two are amazing! Available as a Walmart Exclusive comic pack from the Legacy Collection. Two of our favorite characters done in great detail with no punches pulled. Fully articulated they come with unique pilot helmets and DL-44 blasters (Ibtisam's fits into a working holster sculpted into her belt). I've always had a thing for the aliens of Star Wars, especially in the Rebel Alliance and these are no exception! Highly recommended!
Posted by (S)AFE at 8:08 PM