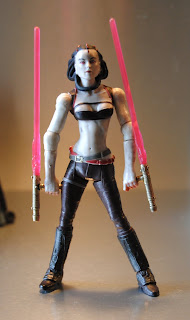 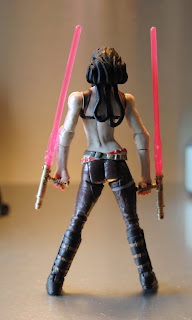 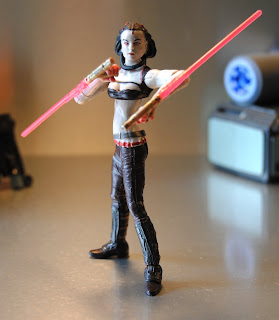 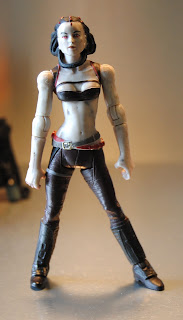 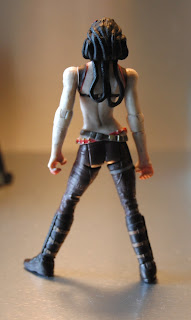 The young female Zabrak that we encounter on Felucia as Galen Marek in The Force Unleashed video game is one tough dark Jedi. Although she looks small Maris packs a major punch. Currupted by the natural dark energies of the planet she attacks Galen Marek and they battle it out, but he spares her life showing her some mercy. one of only two known individuals to be armed with twin Tonfa lightsabers also know as guard shotos Maris casts an intimidating shadow on the battle field. This figure, released as part of the 30 Anniversary collection features a great sculpt that looks a lot like the video game character. The only drawback is the lack of articulation in her legs--and this makes her difficult to stand up without having her fall over. Other than that she's a great addition to any Sith army! Recommended!
Posted by (S)AFE at 9:33 AM