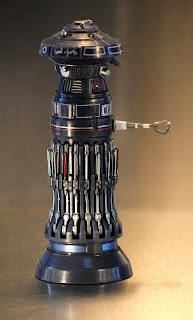 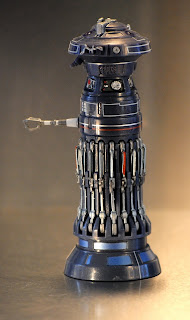 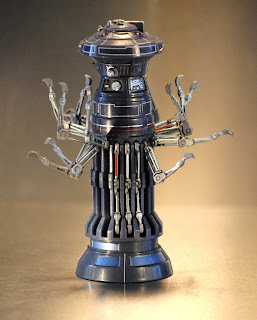 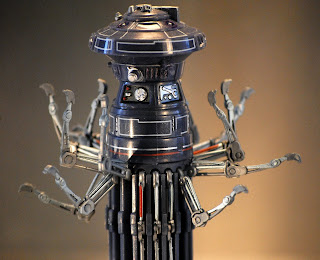 FX-7 also known as "Fixit" was a medical droid present in Echo Base during The Empire Strikes Back. With 20 retractable manipulator arms FX-7 proved its worth time and again assisting both human and droid medics, despite being an outdated droid. Oddly enough the FX series droids were capable of speech, though FX-7 lacked his speech synthesizer card and thus remained mute. Good friends, 2-1B and FX-7 both worked on Luke when Han brought him back to Echo Base after surviving a run-in with the Wampa. FX-7 and 2-1B escaped the Imperial invasion of Hoth and evacuated aboard the GR-75 Medium Transport Bright Hope which was in turn rescued by 4-LOM and Zuckuss, and FX-7 and 2-1B were reassigned to the EF76-Nebulon-B escort frigate Redemption. This figure is awesome! With his rotating head, his 20 arms (all fully articulated) and his rotating claw arm (removable) FX-7 is a great addition to any Rebel base or medical frigate. Packaged as part of the Target Exclusive Special Action Figure set (9 figures in all), he adds yet another unique droid to any droid collector's shop. Recommended!
Posted by (S)AFE at 8:00 AM