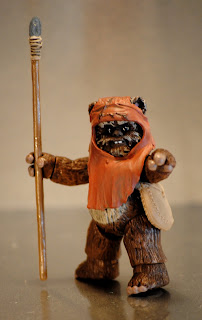 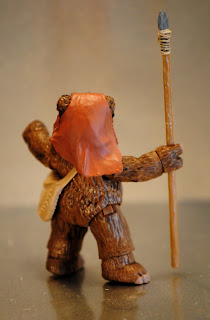 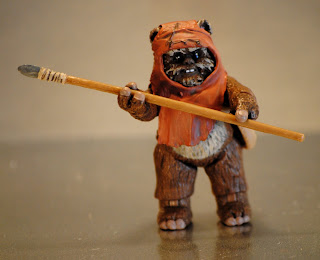 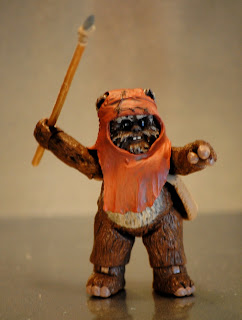 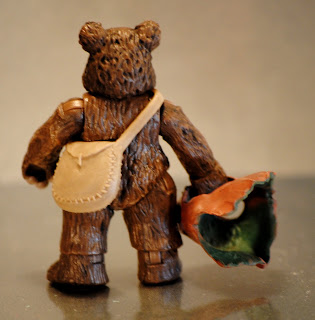 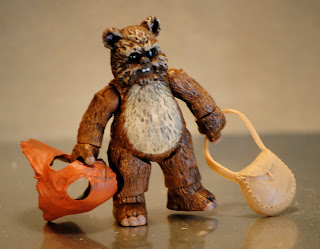 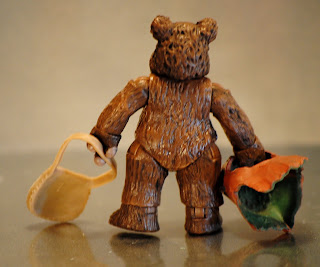 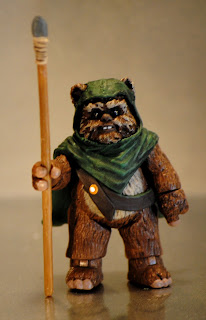 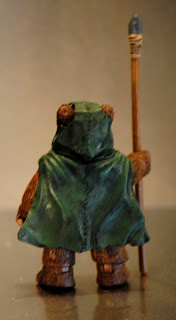 The first Ewok we see on screen in Return of the Jedi is none other than Wicket himself. Wicket finds Leia after her speeder bike crash and they quickly become friends--although he does mistake her helmet for a weapon. Leia earns Wicket's respect by dropping a scout trooper that tries to snipe them. Like the Rebels, the primitive Ewok warriors share no love for the evil technological super power that is the Empire. Wicket brings Leia back to his village and later she's joined by the rest of the gang, although they're going to be the main course for a banquet for her honor. After sorting out that people, droids, and wookies don't make very good snacks, the Ewoks, under the leadership of Chief Chirpa, decide to allow the Rebels to join their tribe. However it takes a little Jedi magic and a very flustered floating C-3PO to win them over. Together, with the aid of their new found fuzzy friends, the Rebels are able to overcome the Imperial forces stationed on the forest moon and disable the shield that protects the Death Star. If that's not enough of a reason to celebrate, Hasbro has given us a really amazingly well done Wicket figure from the third wave of The Vintage Collection! Wicket comes with the orange-red hood he is seen wearing in ROTJ and the Ewok spin off movie Caravan of Hope, a green hood that was inspired by the Ewoks cartoon (and looks a bit like the Elven cloaks from LOTR), a very well sculpted spear, and a satchel--no doubt filled with Ewok snacks, healing herbs, extra spear heads, and other Ewok goodies. This Wicket sports a great likeness to the costume seen on screen and comes fully articulated--more so than most Eowk figures to date--as he even sports articulate hips! Highly Recommended!
Posted by (S)AFE at 7:27 AM