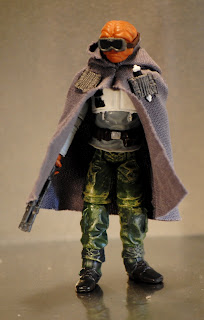 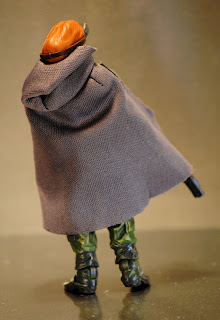 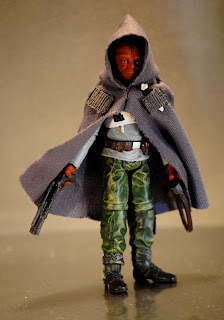 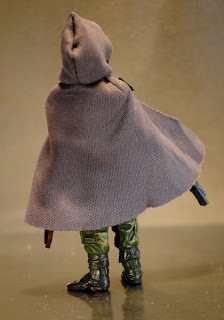 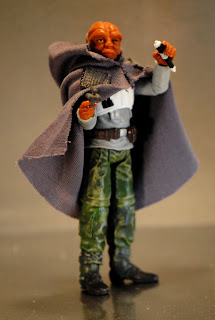 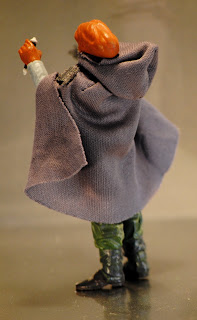 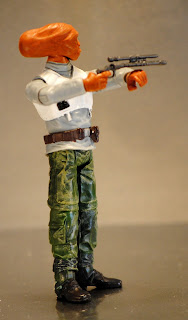 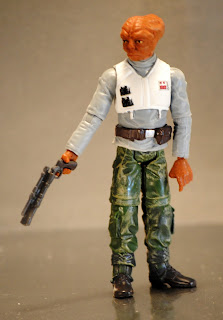 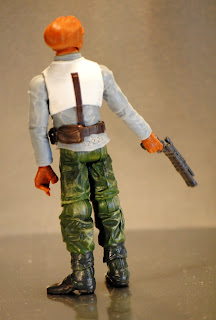 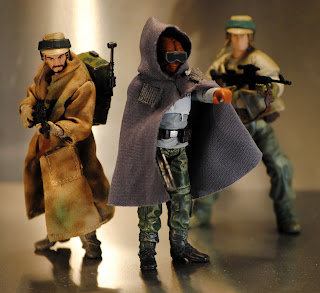 Major Panno gets an updated figure from the POTF2 "Prune Face" figure as part of the tail end of The Legacy Collection. This Dressellian scout is ready to join the strike team on Endor and looks good enough to "...take on the whole Empire" himself! Initially fans mistook the Dressellians seen in the Rebel Fleet briefing room in ROTJ for the Bothans that Mon Mothma mentions, but later they were described as "prune face aliens" and later Dressellians. Panno comes fully articulated, with tons of accessories, including a soft-goods poncho with hood and working strap-holsters, comlink, goggles, blaster rifle (that looks a bit like a double barreled shot gun). Definitely pick up a few of these figures to be your Dressellian commandos that helped the Rebels disable the shield generator on Endor. Highly Recommended!
Posted by (S)AFE at 6:04 PM