Here's our newest custom figure portrait of none other than Wookielover1138 of the Youtube sensation Kessel Run Review and the Imperial Shipyards! Please subscribe to her channel and blow up her videos with your comments! Also join the Imperial Ship Yards! If you don't already know her, Wookielover1138 is a huge fan of all things Star Wars and action figures. In addition to putting out an awesome show on youtube she also does some custom figure creating of her own as well! Check out her super cool creations here! Ok lets unveil the latest custom portrait of Wookielover1138!!!

Around the time Han Solo joined the Imperial flight academy a young woman at the academy was busy making a name for herself. While an adept pilot, skilled marksman, and able soldier, Han Solo seemed to be bested in every class by a particular onyx haired girl by the name of Jenn'Ee Shah. Shah, a tall, slender Corellian, was a born prodigy and an instant thorn in Solo's side since the moment he arrived. But unlike most of her peers, Jenn'Ee was bored and desired something more challenging. So she picked the mag-lock code console on the docking mechanism for a Scimitar Assault Bomber and ditched her training while on an away mission. Piloting the craft to a far off planet she landed on Kashyyyk where she soon discovered she had yet another unique talent. Unbeknownst to her, she possessed a slight mutation to other humans born in the galaxy. Possessing a very small extra gland her body produced and emanated a pheromone undetectable to most species. However, as luck would have it, to Wookie males it had the effects of a potent aphrodisiac. Upon her impromptu landing on Kashyyyk Jenn'Ee soon discovered her ability to render even the most savage of Wookies into  docile obedient servants. Using this skill to her advantage, Jenn'Ee was able to become a part of Wookie society and stayed among them for a while, learning all she could. After some time Jenn'Ee secured a suitable ship and set out to make another name for herself. With a crew of Wookie warriors aboard her ship, The Ryyk's Edge, she was able to pave her own way into the smuggling business. With a rap sheet as long as a Wookie is tall including gun running,counterfeitting, fight rigging, spacejacking, blastfighting, theft, long cons, short cons, race fixing, and more it seemed there wasn't anything she couldn't do. To top it all off she crossed paths with Solo, now a notorious smuggler and Chewbacca his Wookie co-pilot, seemingly whenever it was least convenient for the duo. Turning Chewbacca into a simpering lovestruck oaf and Han, often in chains, would be at her mercy. Because of how information changes hands and a misunderstanding of her gift for charming wookies Jenn'Ee earned the nickname of "The Wookie Lover" in the underworld. Never one to back away from the reputation she has built for herself, she has said of Wookies, "Well, when I'm around, they're not fighters, they're lovers and they'll do whatever I say--even rip your arms out of your sockets.--unless I tell them not to." Jenn'Ee and Han Solo have a much more personal rivalry than Han does with Boba Fett. Jenn'Ee has on worked for some of Fett's biggest contractors, moving spice, guns, whatever they need. It's said that if you cross paths with "The Wookie Lover" you better let her have what she wants because she'll get it whether you try to stop her or not. She's tough as nails and twice as seductive as any Zeltron charmer. If you have anything of value it won't be yours for long, Jenn'Ee will find a way to make it so that you never had it to begin with. If you have something, she can sell it, if you need something she can get it, and if you lose something, chances are, she'll have taken it. 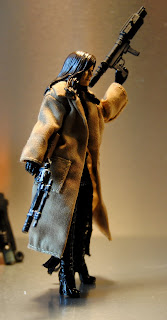 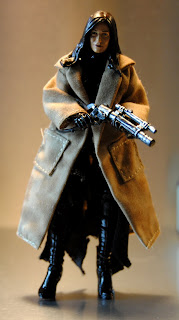 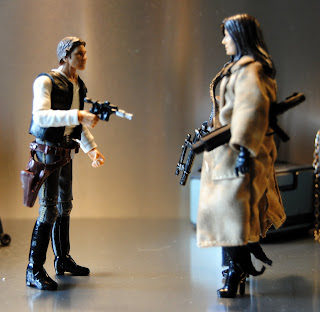 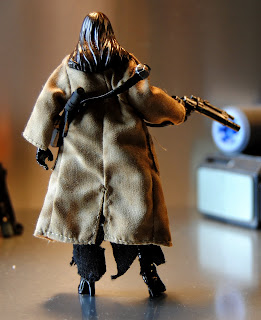 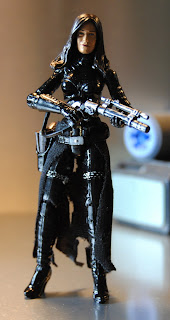 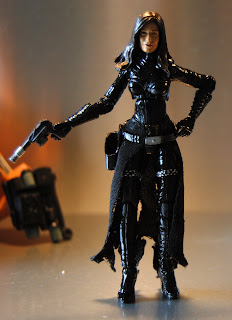 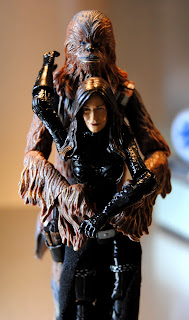 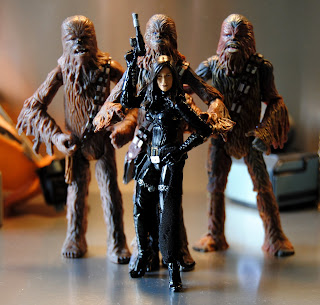 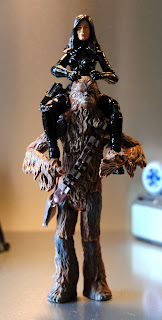