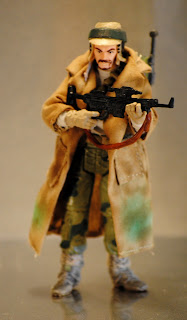 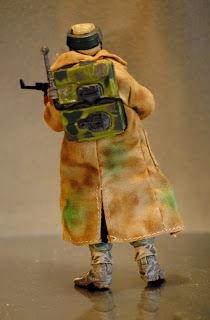 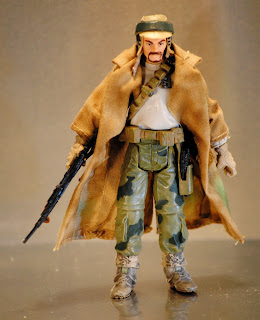 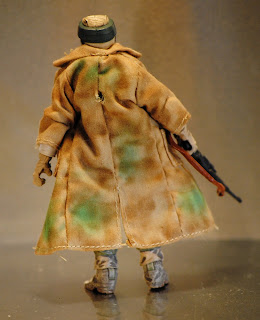 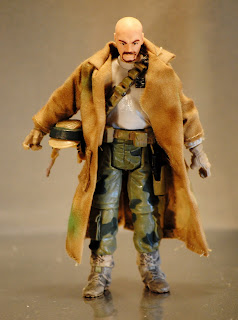 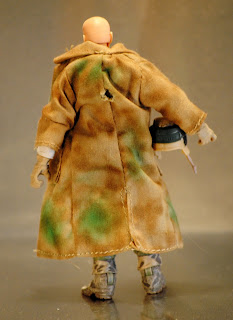 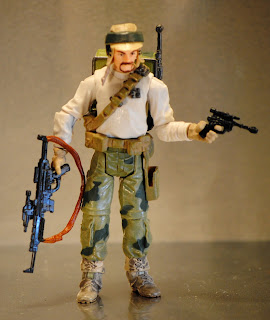 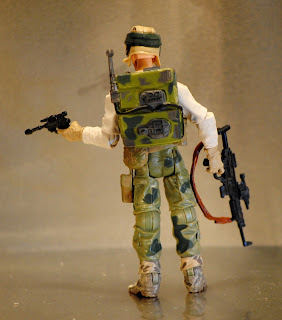 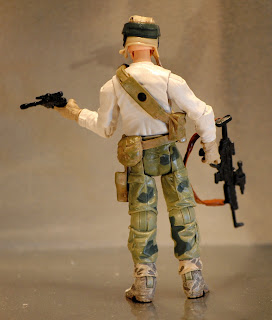 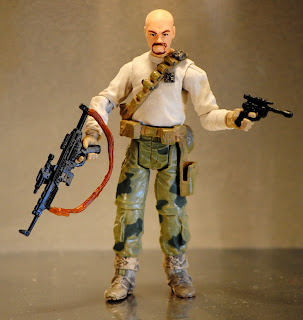 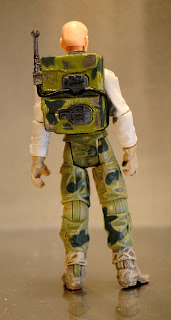 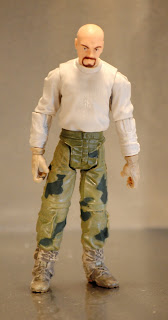 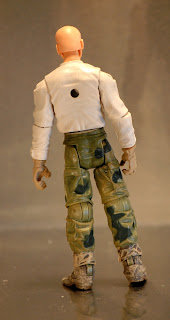 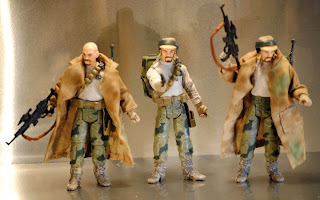 As part of the Endor strike team sent by the Rebel fleet to disable the forest based Death Star shield generator, these Rebel commandos helped turn the tide against the Empire. Led by Han Solo, Luke Skywalker, Leia Organa, Chewbacca, and Major Panno (depending on what team/squad they were in) these soldiers infiltrated the suspiciously thin Imperial security forces guarding the moon and were able to shut down the shield long enough for the fleet to destroy the second Death Star. As part of the third most recent Vintage Collection wave these troopers are a really amazing offering from Hasbro. They totally make up for the crap-tastic Stormtrooper released as part of the second TESB (mini) wave. They come fully articulated, with a removable helmet, removable backpack, removable bandoleer with built in holster, soft-goods camo trench coat, A-280 blaster rifle (with brown strap), and a side arm blaster pistol. The only problem is they have only released one head sculpt... Rebel clone troopers? Maybe yours can be twins? Triplets? Over all this is one of the absolute best figures to be released as part of TVC! Definitely grab a bunch as an army builder. As you can see they look good in any combination of accessories (coat, no coat, bandoleer, no bandoleer, etc.) and thus this allows for a more "rag-tag" look that gives more personality to your figures. Awesome! Highly Recommended!
Posted by (S)AFE at 9:36 PM